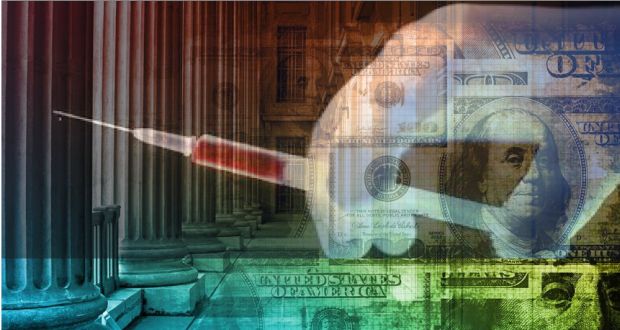 by Mike Adams, the Health Ranger

(NaturalNews) Disclaimer: I am not an opponent of the theory of inoculation. Nor am I opposed to science. What I am opposed to is fraudulent science, and that’s what this article is all about.

Measles and mumps are making a huge comeback in the United States, but doctors and journalists all make the same critical error in understanding why. They blame “parents who don’t vaccinate their kids” as the cause, but the real cause — as revealed by whistleblowing scientists working for top vaccine manufacturers — is that measles and mumps vaccines are designed to fail from the start.

Scientific fraud, it turns out, is an inherent part of the vaccine industry.

How do we know? Because whistleblowers who worked in the industry have found the courage to speak out and tell the truth. These people are the Edward Snowdens of the vaccine industry. 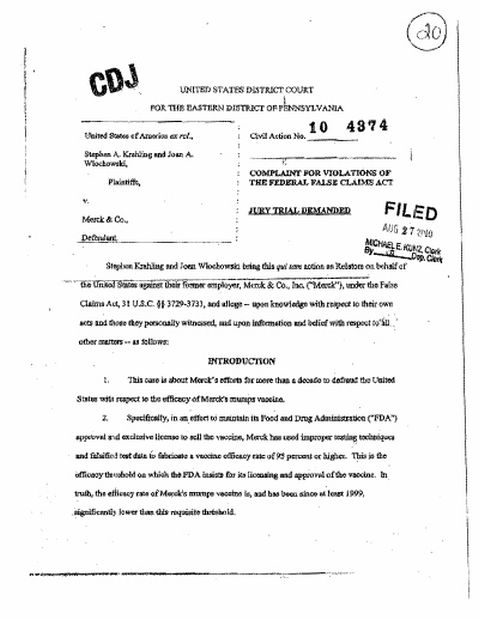 As I wrote last year, ” In order to do this, Merck spiked the blood test with animal antibodies in order to artificially inflate the appearance of immune system antibodies.”

From the False Claims Act complaint:

Merck also added animal antibodies to blood samples to achieve more favorable test results, though it knew that the human immune system would never produce such antibodies, and that the antibodies created a laboratory testing scenario that “did not in any way correspond to, correlate with, or represent real life … virus neutralization in vaccinated people,” according to the complaint.

Merck, of course, denies the claims, just like all the drug companies deny ever engaging in bribery, or using children for medical experiments, or ghostwriting “scientific” studies that get published in science journals, or conspiring to suppress competing generic drugs and so on. Yet, as history has shown, all the top drug companies are routinely engaged in widespread criminal behavior, including conspiracy, fraud, bribery and more.

Stephen Krahling and Joan Wlochowski are simply telling us what we already suspected: that Merck falsifies the efficacy of their vaccines in order to make them appear to be working when they actually aren’t. Why would a drug company do such a thing? Consider the fact that Merck has both motive and opportunity.

The vaccination dogma is so deeply embedded in the minds of doctors, journalists and the public, that any time a communicable disease starts to spread, everybody immediately leaps to the false conclusion that “more vaccines are needed.” This is very nearly a Pavlovian reaction in the minds of the brainwashed masses. “Spread of disease = lack of vaccines.”

Thus, the spread of disease actually boosts vaccine sales. Epidemics are a “marketing tool” to create demand for a profitable product that people can be convinced to purchase over and over again, year after year, whether it works or not.

And how do you create that demand? You engineer an epidemic by making sure your own vaccine products don’t work. Fear drives people to get vaccinated, so fear is used as the primary marketing tool.

In 2010, a mumps outbreak spread in New Jersey, and 77 percent of children afflicted with mumps had already been vaccinated against mumps.

The same is true with measles. Most measles outbreaks spread among those who have been vaccinated against measles.

When a swine flu outbreak swept through Britain in 2010, it turns out that 70 percent of those infected had already been vaccinated against swine flu.

Far from protecting people from disease outbreaks, vaccines often promote the pandemic they claim to prevent.

Vaccines are ASSUMED to work, not proven to work

Why does the industry keep getting away with this fraud? The answer is because nobody ever compares infection rates of vaccinated vs. unvaccinated people. They all just ASSUME vaccines work because that is the dogma of modern medicine. Assumption becomes “fact” in the minds of brainwashed medical experts.

This is one of the tenants of the fraud-based medical system: Vaccines are assumed to work 100% of the time, without exception, and anyone who questions this is immediately branded a heretic. There is no tolerance whatsoever for any critical thinking or scientific inquiry when it comes to vaccines. And God forbid if you bring up the issue of mercury in vaccines, as the vaccine industry apparently believes that mercury magically becomes non-toxic when used in vaccines and injected into the body.

Thus, vaccines that fail (due to low efficacy) are never detected or even questioned. The fraud continues right under our noses. So a vaccine company can easily put a mumps or measles vaccine into circulation that is designed to fail while actually weakening the immune system from the mercury, formaldehyde, MSG and aluminum that are still used in vaccines today.

This actually causes an increase in the spread of these diseases, resulting in more alarmist media stories about the “spread of measles and mumps” which then results in more parents rushing to CVS pharmacies to get their children injected with yet another useless vaccine.

How’s that for an insidious profit model?

Some vaccines are actively spiked with live viruses to cause pandemics

This was done by none other than Baxter International, Inc. one of the top suppliers of “weakened” flu virus material for use in vaccines. Except in this case, they weren’t weakened. Vaccines made with this material simply gave people the flu!

In the realm of desktop computing, many people believe that anti-virus companies write and release viruses in order to cause fear and boost demand for their products. It’s an incredibly effective way to sell more products. All you have to do is pay a group of hackers a couple of million dollars to keep writing viruses that get covered in the mainstream media. The scarier the story, the more people buy anti-virus software. I happen to know firsthand that McAfee uses dishonest scare tactics to sell their security software services, claiming your website is infected when it actually isn’t.

Vaccine companies, it turns out, use the same tactic. From time to time, they allow live viruses into the flu shots, thereby spreading influenza and causing the very kind of fear and panic that drives people into pharmacies to buy more vaccines.

The WHO and CDC are all part of it too, stirring up irrational fear and panic like they did with the H5N1 virus a few years ago. It turns out that WHO panel members receive kickbacks from drug companies to engineer these anti-science scare stories.

During the swine flu pandemic, it was revealed that 5 of the 15 members of a WHO advisory panel had financial ties to the very same drug companies who would financially benefit from the pandemic. That’s called “conflict of interest” in any other industry, yet for some reason it is fully tolerated in the fraudulent vaccine industry.

In 2010, an outstanding article by Dr. Gary Null explained much of this in excruciating detail. Read that article here on Natural News.

Click HERE for an example of the mainstream media blindly blaming a lack of vaccines for the recent rise in measles and mumps.

Featured image from: Vaccines Are One Big Experiment Causing Hundreds of Diseases In The Modern World