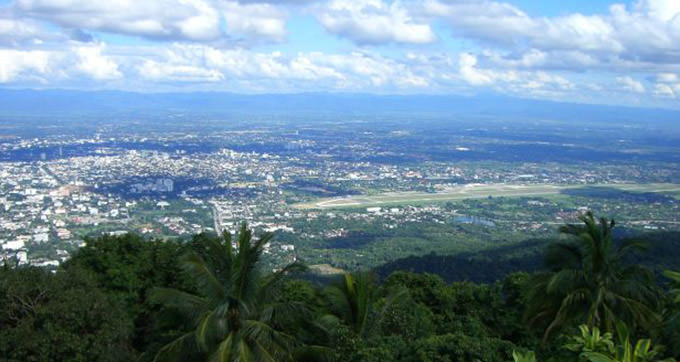 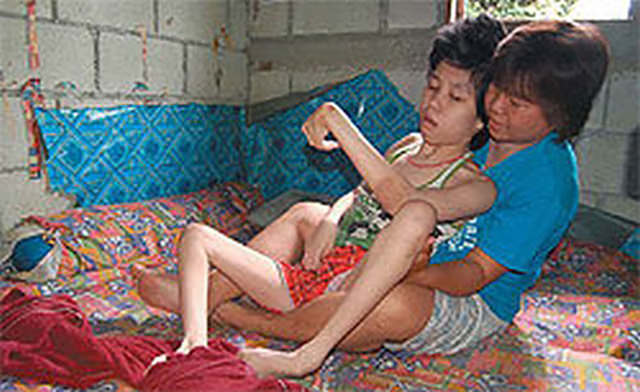 CHIANG MAI : A woman who claims a bungled vaccination 15 years ago left her daughter incapacitated is accusing the hospital which administered the shot of malpractice.

Lawan Wanmala says her daughter, Chalinee Prapruetdee, or Nong Ked, cannot walk, speak, or take care of herself and blames a vaccine injection 15 years ago.

She says the child started losing control of her functions shortly after a nurse at Maharaj Nakorn Chiang Mai hospital gave the girl a vaccine shot when she was four months old.

Nong Ked, whose arms and legs are atrophied, lives with her mother in Hang Dong district.

Mrs Lawan delivers milk and earns about 100 baht a day. She has appealed for public help in taking care of the girl.

She said she had not filed a complaint against the hospital before because she was unaware of her rights.
She believed that medical malpractice was the cause of Nong Ked’s disability because the girl’s development abruptly stopped just days after the vaccine shot.

Mrs Lawan went back to the hospital to try to ascertain if the girl’s condition had something to do with the vaccine injection. The hospital denied the vaccination shot was to blame and suggested the girl have a spinal fluids test.

Mrs Lawan refused as she was worried it would cause her daughter too much pain.

Nong Ked’s father left the family some time after the girl became disabled.

Mrs Lawan receives 500-baht monthly allowance from the government to help her take care of the girl, but it covers only half the cost of her single-use nappies. Mrs Lawan has just 100 baht in her savings account. She wants to open a grocery store at her home so she can take care of the girl and work at the same time.

The girl’s grandmother helps take care of her. The Maharaj Nakorn Chiang Mai Hospital said it would research the medical history of the girl.

Patchara Ubonsri, head of the hospital’s public relations division, said the vaccine given to Nong Ked would be the same type prescribed to other children.

The case would be reported to the hospital’s director and the hospital would discuss ways to help the girl, she said.

The hospital also insisted that its medical practice was of a high standard and asked the public not to judge it based on an unproved accusation.

This article no longer appears to be available on the internet, respectively the Bangkok Post HERE