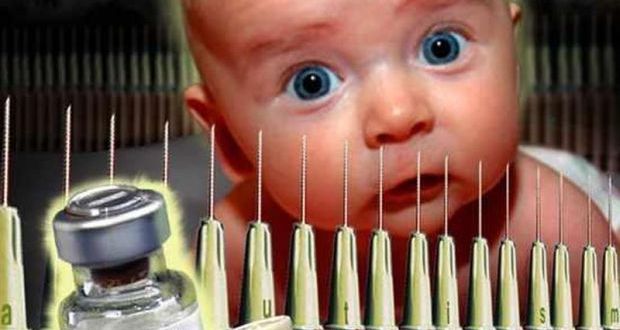 The key speaker at a Hamilton health seminar has stepped into the row over whether jabs for children are a blessing or a bane.

“We are now facing the threat of a vast epidemic of disorders as the effects of giving children umpteen different types of injection take effect,” the preventative and environmental medicine practitioner says.

Meanwhile, the Ministry of Health brushes aside concerns by British doctors that MMR (measles, mumps and rubella) vaccine injections can cause autism and bowel disease. It says it will continue to push the vaccination programme until proof of the link is established. The ministry also believes preschools should have the right to refuse entry to non-immunised children in the event of epidemics.

However, Dr. Godfrey, who heads the Bay of Plenty Environmental Health Clinic, says health authorities have conducted no proper study with a control group to prove the benefit of the vaccines.

“The test for vaccines has been to try them out in Third World countries and if they did not kill they have been deemed fit for use on the public.”

He disputes the Ministry’s argument that child vaccinations are needed to prevent what he suggests is a rather dubious claim of a “measles epidemic”.

“Twenty cases in the Bay of Plenty hardly amounts to an epidemic. In any case, in my view catching measles as a child (when does no lasting harm) is preferable. When I was a child, parents deliberately held measles parties to spread it. Catching the diseases then naturally creates healthy immunity as a consequence. By contrast, vaccinations weaken the immune system and, I believe, leave the child vulnerable later in life to chronic allergies, eczema and asthma.” 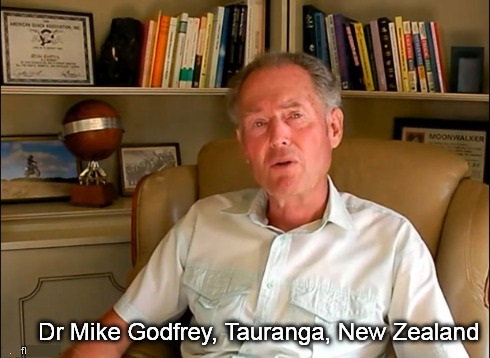 “What the health authorities in New Zealand have been doing is encouraging so many vaccinations for babies that we are now creating a new species of human being with a permanently altered immune system. These babies are growing up non-immune to a whole range of diseases and disorders and will be unable to confer immunity on their offspring,” he says.

Dr. Godfrey hopes the British discoveries will prod the New Zealand Health Department into reviewing the need for vaccinations, but is not holding his breath.

“The problem is that the cost of admitting that they goofed badly and got it wrong is too high. I don’t believe the authorities will admit their mistakes because the cost to their pride and the huge vaccination industry that has built up would be too great.”

He says that many GPs must have doubts about vaccination but brush them to one side because they must maintain a register of vaccinations to meet their funding criteria.

Dr. Godfrey says health authorities have relied on “what is mere opinion” of manufacturers that viruses in vaccines produced in animal material cannot be replicated in human beings.

However, it has been shown that human beings can catch “mad cow disease” and polio jabs contain simian (monkey) virus 40 which is a cause of brain tumours in humans, Dr. Godfrey says.

“When health authorities push so hard for vaccinations against mild childhood diseases you have to question what is driving them. I believe it is the millions of dollars involved in selling vaccines and the billion dollar market in medicines to care for the humans who have become allergic to the twentieth century as a result of vaccines, chemicals, solvents and other environmental causes of illness.”

He describes as crazy the annual pre-winter push by health authorities for flu jabs. “The vaccines are changed all the time to keep up with changing flu viruses and the chances of having the right vaccine to combat the flu virus you will strike are thousands to one. Far better to build up your immune system by herbs and vitamin/mineral supplements that will help you avoid catching a flu or cold and get over it quickly when you do.”

Allona Lahn, Australia - Natural Immunity Community
GMO Labeling Campaign Should Be Ban GMO Campaign
Dr. Andrew Wakefield: If I had a baby now, I would not give them a vaccine
My Sons' Vaccine-Related Measles
Do Vaccines Affect Sexual Orientation?
Can Fibromyalgia Be A Vaccine-Related Disorder?
About germs
EMFs & Children's Health
Dr. Stephanie Seneff on the Connection between Vaccines and Autism
Vaccine Debate - with Mother and Author Wendy Lydall
7ads6x98y