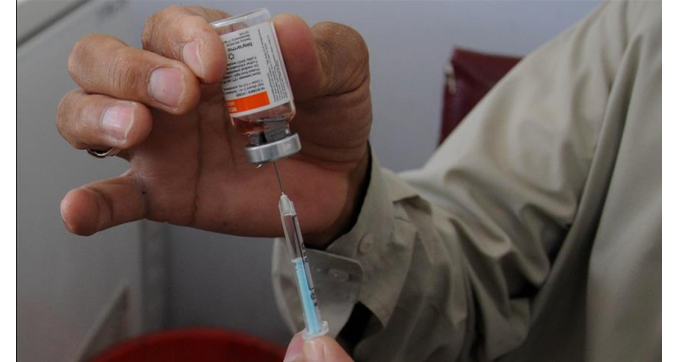 The anti-vaccination movement in Turkey has found support in its battle against mandatory immunization programs: the courts.

On May 4, the Court of Cassation, or Supreme Court of Appeals – Turkey’s top administrative court – ruled against mandatory vaccination, saying that the program would lead to violation of individual rights. Again, on May 11, the same court ruled in favor of parents who did not want their kids to be vaccinated.

In its recent rulings, the Constitutional Court, the highest body in the Turkish judiciary, decided that the current immunization program could not continue as it lacked a valid legal framework. On Dec. 24, 2015, the same court said the existing law did not permit the authorities to act against parents’ wishes. The court also pointed out the overly vague aspect of the law on required vaccinations.

Hakan Hakeri, a professor of medical law at Istanbul-based Medeniyet University, said that these rulings were not “surprising”.

Hakeri explains that, while, initially, two vaccinations were pronounced mandatory by the law, the government, over the years, added a series of others without providing the necessary legal framework

It was in 1930, that Turkey enacted a law requiring smallpox and tuberculosis vaccinations.

But, nowadays, the government requires that a newborn be given a total of 16 different types of vaccination in its first 24 months. The Health Ministry maintains the current immunization program on the grounds of public safety.

Anti-vaccination parents have been especially vocal against shots for diphtheria, lockjaw and whooping cough – called DtaB in Turkey – as they believe they induce side effects such as autism.

Local health centers track vaccination progress and alert parents when their child’s shots are due.

Parents technically have the choice to refuse 14 of vaccinations.

The Family and Social Policies Ministry then reviews the reasons for refusal and can launch a court case if it determines there is negligence, according to the Health Ministry.

If a family loses a case, doctors appear at their home, accompanied by police, to vaccinate the child, a neighborhood doctor in Istanbul told Anadolu Agency.

However, the recent rulings have dented the ministry’s ability to push the vaccination program.

The Turkish Health Ministry reacted by drawing a draft law that would close what it considers to be a loophole and thus force parents to vaccinate their children.

According to the draft seen by Anadolu Agency, the law stipulates that no one can be vaccinated against his or her will. Yet, it adds that the ministry will not ask permission from parents for the rest of the 14 vaccinations.

An overt contradiction for Bahadir Cevizci, a prominent member of Turkey’s Movement Against Mandatory Vaccination, which has allegedly helped more than 150 families in court over the past three years.

He stressed that for anti-vaccination families, the issue was not just a legal one but a very personal one.

“These families are against vaccination because they believe vaccinations are dangerous,” he told Anadolu Agency.

He described the ministry’s move as “half-baked” and called on it “to develop empathy” for these families.

Cevizci also stressed that even if the draft were to be enacted, this would not prevent the group from going to court against the mandatory vaccination program.

“We would turn to the European Court of Human Rights (ECHR),” he said.

A plausible possibility according to medical law professor Hakeri who believes the international court would seek a legal basis for the current program and discuss whether the immunization program is an appropriately measured response to public health safety.

The Health Ministry’s press office confirmed reports of the draft law being enacted to Anadolu Agency, adding that it has already sent it to the Prime Ministry for its referral to the parliament.