Umbilical Cord Blood: A Matter of Life and Death – and Profits?

The lifesaving gift a newborn can give

Expectant mother’s giving birth at the civic and general campuses of the Ottawa hospital can now donate their newborn’s umbilical cord . Canadian Blood Services is now harvesting and storing stem cells from umbilical cords at a lab in Ottawa. It’s the start of a national cord blood bank.

Stem cell are the body’s basic building blocks, they can become any type of cell in the body. Stem cells from the umbilical cord work best for ‘hard to match’ patients. “The better the match the better the baby will do, Transplants are very risky things,“ says Dr Robert Klaassen, a hematologist/oncologist at the Children’s Hospital of Eastern Ontario. “There’s a 1 in 2 chance a child will die after transplant, so everything we do to bring risk down is so important.” 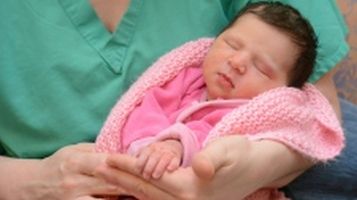 Until now cord blood was imported at a cost of 42,000 dollars a unit and the umbilical cords from Canadian babies was considered to be medical waste. “The key thing is to make sure mothers understand is that this stuff is just going in the garbage and it’s valuable cells being throw out, “ says Dr Klaassen. “So we want to use those valuable cells.”

With $6.3M in charitable donations so far, once completed, the National Public Cord Blood Bank, together with the help of Canadians through Canadian Blood Services’ $12.5M fundraising campaign “For All Canadians”, is positioned to reach an approximate target of 18,000 donated cord blood units over six years. Ottawa represents the first of four collection cities and one of two Canadian Blood Services manufacturing and storage facilities contained within the original east-to-west funding agreement with provincial and territorial ministers of health. On March 14, 2011, provincial and territorial ministries of health (except Québec) announced a combined investment of $48 million, including $12.5 million in fundraising, to create a national public umbilical cord blood bank.

Private cord blood banks were already in operation before the Canadian Blood Bank got involved, taking over the Canadian Red Cross.

Before the private cord blood banks, hospitals deemed the placenta blood a waste product. They however did not pour it down the drain, but sent it to their labs where the lab technicians did the study of the day. No one documented on the child’s medical charts the volume of blood obtained from the placenta, which was the amount of blood the baby (or babies if a multiple birth) were deprived of. This is a medical secret of how hospitals had access to cheap and free blood which they did not have to purchase and could also sell, once it was in their possession.

Babies’ blood is taken by sleight of hand and deception for parents to focus on when the cord is cut. In fact, the medical staff have already clamped the inflow of blood from the placenta via the umbilical cord. It is a shame that so many people use cord cutting without clarification for the benefit of parents who remain unaware that the clamp stopped the baby from getting the full placenta blood infusion and that they are consequently taking home a weakened baby.

Sadly, the media are a tool used to misguide the public. They are a private enterprise and some of their shareholders are likely to have shares in private cord blood banks which like public blood banks sell blood for profit.

Women who are due to give birth need to state clearly on their birth plan and need to get their care giver to agree that the umbilical cord cord is not to be clamped and cut until the placenta has been delivered. Their support person (husband, friend or relative) who needs to be present before, during and after the baby’s birth then needs to make sure that this is what happens when the baby is born. Cutting the cord before the placenta is delivered (or before the cord stops pulsating and goes flat and white) deprives the baby of a third or even up to half of its volume of blood, weakening the baby due to anemia and causing a host of other problems. Blood banks should only use blood harvested from placentas which have been clamped AFTER they have been delivered. Harvesting babies’ cord blood by means of premature cord clamping without informed consent amounts to theft of the baby’s blood and to medical malpractice which should be prosecuted.

First Measles Death in Switzerland since 2009

The Importance of Delayed Cord Clamping

Black Lives Don't Matter, According To The CDC