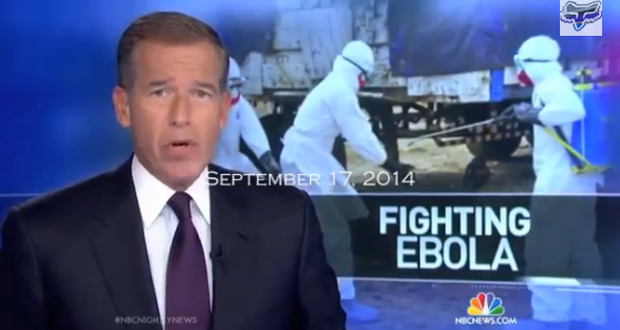 The Use of Scare Propaganda for Mind Control

From time to time, I reprint my interview with Dr. Barbara Starfield. Each time I try to write a new introduction.

In this case, I’ll highlight the arbitrary nature of scare-propaganda. And by arbitrary, I mean “has a covert agenda.”

For instance, suppose you learned that a single source in the US, every year, like clockwork, kills 225,000 people. That would be 2.25 million killings per decade.

After all, we supposedly have a handful of “Ebola cases” in the US, and the media are hyping this “fact” to the skies. 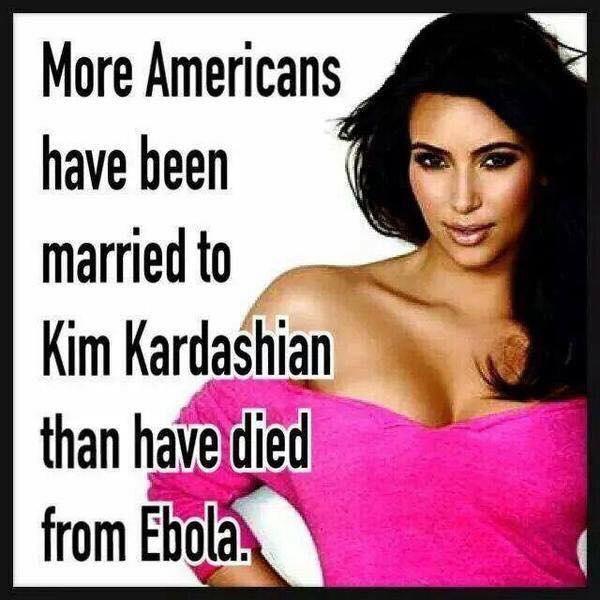 Suppose they could say, “We now have 225,000 deaths in the US as a result of Ebola, and the authorities are quite sure that next year, and the year after that, and every year we’re going to have 225,000 more.”

Can you imagine the reaction at every level of society? The insane panic? The madness in the streets? The attacks against institutions tasked with preventing such a cataclysm? The collapse of the stock market and the healthcare system? The predictions of the end of the world? The churches on roaring business highs?

On July 26, 2000, the Journal of the American Medical Association published Dr. Barbara Starfield’s review, “Is US health really the best in the world?” 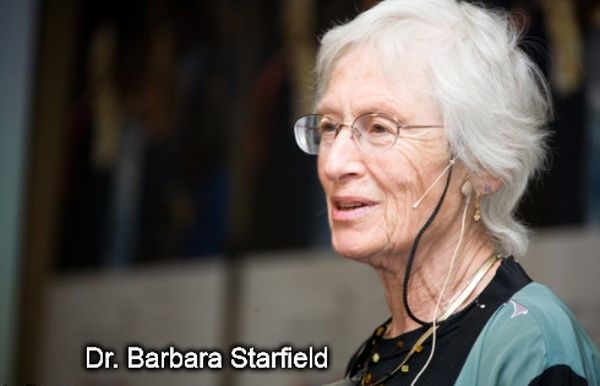 In it, Starfield, who was a respected public health expert working at the Johns Hopkins School of Public Health, stated that:

* 119,000 deaths per year from error-ridden treatment in hospitals. I’m aware that independent research puts those death figures much higher, but I focus on Dr. Starfield’s work because no mainstream reporter or government official could challenge her credentials or the credentials of the journal that published her findings.

And yes, there were stories in the press at the time, in 2000. But the coverage wasn’t aggressive, and it faded out quickly.

The US government is aware. You can search for an FDA page titled, “Why Learn About Adverse Drug Reactions (ADRs)?”

The FDA, of course, is the single federal agency responsible for certifying all medical drugs safe and effective before they are released for public use. They readily admit the human death-and- maiming devastation…but take no responsibility for it. 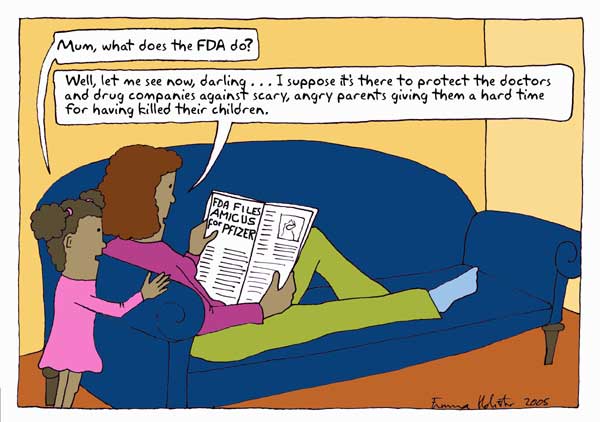 On December 6-7, 2009, I interviewed Dr. Starfield by email. Here are excerpts from that interview.

JR: What has been the level and tenor of the response to your findings, since 2000?

BS: The American public appears to have been hoodwinked into believing that more interventions lead to better health, and most people that I meet are completely unaware that the US does not have the ‘best health in the world’.

JR: In the medical research community, have your medically-caused mortality statistics been debated, or have these figures been accepted, albeit with some degree of shame?

BS: The findings have been accepted by those who study them. There has been only one detractor, a former medical school dean, who has received a lot of attention for claiming that the US health system is the best there is and we need more of it. He has a vested interest in medical schools and teaching hospitals (they are his constituency).

JR: Have health agencies of the federal government consulted with you on ways to mitigate the [devastating] effects of the US medical system?

JR: Since the FDA approves every medical drug given to the American people, and certifies it as safe and effective, how can that agency remain calm about the fact that these medicines are causing 106,000 deaths per year?

BS: Even though there will always be adverse events that cannot be anticipated, the fact is that more and more unsafe drugs are being approved for use. Many people attribute that to the fact that the pharmaceutical industry is (for the past ten years or so) required to pay the FDA for reviews [of its new drugs]—which puts the FDA into an untenable position of working for the industry it is regulating. There is a large literature on this.

JR: Aren’t your 2000 findings a severe indictment of the FDA and its standard practices?

BS: They are an indictment of the US health care industry: insurance companies, specialty and disease-oriented medical academia, the pharmaceutical and device manufacturing industries, all of which contribute heavily to re-election campaigns of members of Congress. The problem is that we do not have a government that is free of influence of vested interests. Alas, [it] is a general problem of our society—which clearly unbalances democracy.

JR: Can you offer an opinion about how the FDA can be so mortally wrong about so many drugs?

BS: Yes, it cannot divest itself from vested interests. (Again, [there is] a large literature about this, mostly unrecognized by the people because the industry-supported media give it no attention.)

JR: Would it be correct to say that, when your JAMA study was published in 2000, it caused a momentary stir and was thereafter ignored by the medical community and by pharmaceutical companies?

BS: Are you sure it was a momentary stir? I still get at least one email a day asking for a reprint—ten years later! The problem is that its message is obscured by those that do not want any change in the US health care system.

JR: Are you aware of any systematic efforts, since your 2000 JAMA study was published, to remedy the main categories of medically caused deaths in the US?

BS: No systematic efforts; however, there have been a lot of studies. Most of them indicate higher rates [of death] than I calculated.

JR: Did your 2000 JAMA study sail through peer review, or was there some opposition to publishing it?

BS: It was rejected by the first journal that I sent it to, on the grounds that ‘it would not be interesting to readers’!

BS: I tried to include everything in my estimates. Since the commentary was written, many more dangerous drugs have been added to the marketplace.

Comment: Hyping death is an industry. It cuts two ways. The people who do the scare-propaganda also delete the uncomfortable truths.

As always, they are fronting for an agenda.

They are inventing reality for the public.

Reality-invention is the biggest business in the world.

Take Control of Your Health and Escape the Sickness Industry

The “Free” Whooping Cough Vaccine Can Cause Brain Damage and Death