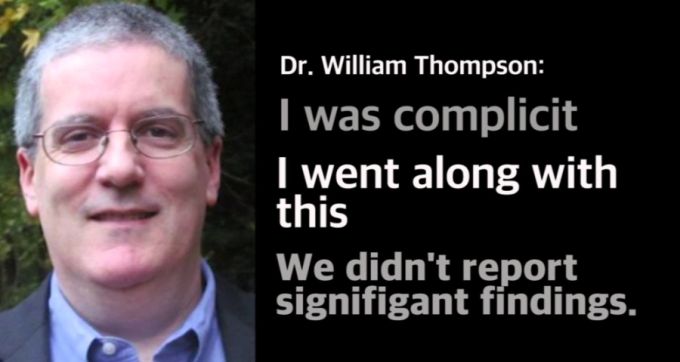 The MMR Vaccine, Autism And The Vaxxed Documentary 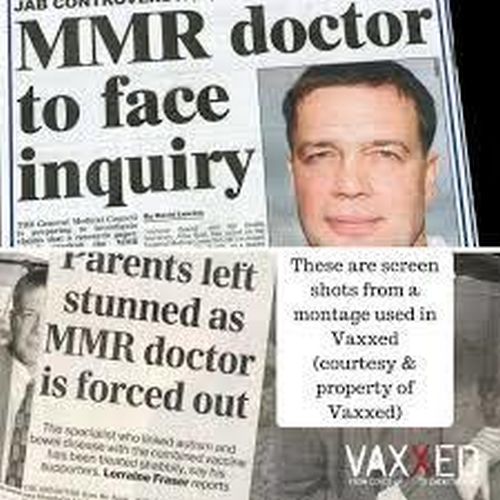 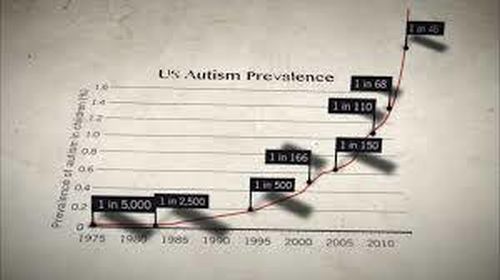 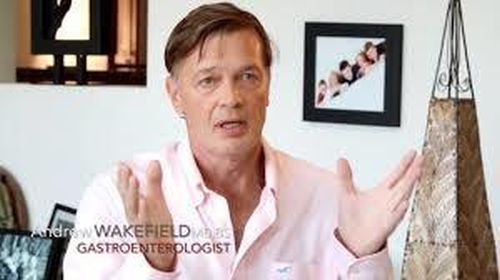 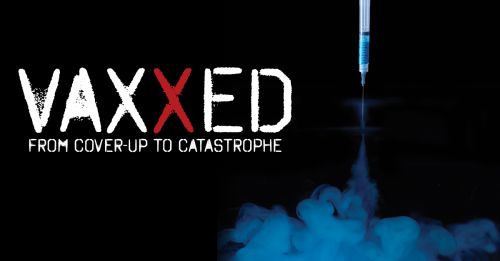 VAXXED, should we watch this movie?

The controversial documentary Vaxxed: From Cover Up to Catastrophe, came to London last week, screened in secret at Regents University. Finally, an opportunity for us to find out whether any of the claims it makes hold merit.

Vaxxed is based on extensive recorded interviews with whistleblower, Dr William Thompson, a former senior scientist at the CDC, (Centres for Disease Control) the US agency concerned with safeguarding public health. The film looks at whether his claims – that he, and four others at the CDC, skewed data in an important study looking at whether the MMR jab (measles, mumps and rubella) can cause autism – are true.

Dr Thompson said: ‘I have waited a long time to tell my story and I want to tell it truthfully. I was involved in deceiving millions of taxpayers regarding the potential negative side effects of vaccines. We lied about the scientific findings.’

Dr Thompson said that the study, completed in 2001, showed that children receiving the MMR under age three were more likely to develop autism, particularly if they were male and African American. Results indicated that these boys were 2.64 times more likely to get an autism diagnosis than if they received the MMR after three years of age. American children, generally get their MMR shots at 12 and 18 months, but it was clear from the results that that was the most dangerous time. Instead of alerting the public, Dr Thompson claims the CDC destroyed the data, did not announce the results, embarking instead on a series of closed door meetings to discuss how best to present them.

It took four years before the CDC was ready to make any kind of announcement and when they did in 2004, it was that the MMR was safe.

Dr Thompson, who was in charge of the numbers, said: ‘When we discussed the findings in these meetings, their opinion was that it couldn’t be right. But the figures don’t lie.’

Dr Thompson made his confession in many recorded conversations with former bioengineer Dr Brian Hooker, now associate professor at Simpson University. He didn’t know he was being recorded.

Dr Hooker had been after the data for years as his own son Stephen, born in 1998, developed autism two weeks after getting his shots, including the MMR, age 15-months. He said: ‘This was a time where CDC was just starting to do these studies on vaccines and autism. As a scientist I have over 60 technical and scientific publications in major international scientific journals and I was contacting the CDC and was deeply critical of their studies.

‘The CDC decided that the scientist who was going to interface with me at that time was Dr William Thompson. Because I was on his back, because they didn’t like what I was saying about the statistics I received a letter from a CDC attorney in 2004 saying that I was no longer permitted to contact the CDC.’

In 2014, he got a phone call out of the blue from Dr Thompson, who said he wanted to tell all.

Dr Thompson explained to him that in order to conceal the effect of the MMR, what they did was reduce the number of children in the study in order to reduce what is referred to as the statistical power – the ability of the study to detect the difference if one genuinely exists.

In the analysis plan, the rules which govern how the study will be conducted and which are set in stone, they had agreed to use two sources of information, the first was the children’s school records and the second was the children’s Georgia birth certificate record. While every child in the study had a school record, only half of the children in the study had a Georgia birth certificate record, because the other half had been born in other states.

The analysis plan was explicit, information on a child’s race was to come from their school record, but when confronted by data that revealed an increased risk of autism in African American children, they deviated from their analysis plan. They chose to get the race data not from the school record but from the Georgia birth certificate record.

Dr Hooker said: ‘Instead of having 3,000 individuals in the study, it went down to about 1,800. The relative risk went down from 2.64 to 1.8, but more importantly that relative risk was no longer statistically significant.’

The CDC faced a huge conflict of interest. Congressman and physician David Weldon began to ask Julie Gerberding, the head of the CDC, awkward questions about it. He said: ‘I began to communicate with her and ask her to come to my office. There didn’t seem to be objective research going on. There was the CDC trying to promote vaccination for children and then they were doing the safety research themselves. I thought the CDC was institutionally conflicted.’ He doesn’t record if they met but at the time CDC director for developmental disabilities, Coleen Boyle, said: ‘In CDC’s judgment the best public policy is to continue vaccination unchanged, while aggressively working to try to identify causes of developmental disabilities.’

Boyle was also one of the four other researchers working on the study with Marshalyn Yeargin-Allsopp, Thompson’s supervisor, Frank DeStefano, head of the immunisation safety office, and a post-doctoral researcher called Tanya Bhasin.

Vaxxed producer Del Bigree, who left his job with a respected medical talk show to make the film, said: ‘The CDC wasn’t just doing the study inside a bubble, in fact it was the exact opposite, they were under fire. Congressman Dan Burton was demanding answers about mercury in vaccines, the MMR and the connection to autism. Dave Weldon, was reaching out to Julie Gerberding with serious complaints on how he thought the entire issue was being handled. The Department of Justice was requesting files and data from the CDC because of a previous study called Verstraeten Study, that had so many anomalies it looked like scientific fraud was taking place. They were suspicious.

‘In the emails that Thompson provided to us you see that he was reaching out to his line manager, Dr Melinda Wharton, throwing up red flags saying, “I first spoke with you in September of 2002 regarding the sensitive results we have been struggling with in the MMR Autism Study.” How do you struggle with scientific results? I mean, facts are facts, data are data. That didn’t make any sense.

‘William Thompson found out that Coleen Boyle had brought in a lawyer to help her decide what materials were too sensitive to provide to the Department of Justice. Later, in an email to Wharton, Thompson said: “I will be hiring my own personal attorney and it’s extremely unfortunate that we need to be concerned about whether our own legal rights are covered when participating in a study such as this.”

‘What was going on? Government scientists were lawyering up over a children’s safety study?! Clearly this did not sit well at all with Dr. Thompson, because at the end of this e-mail he made what looks to me to be a clear threat, “My level of concern has also caused me to seriously consider removing myself as an author on the draft manuscript.”

‘A few days later, Thompson wrote directly to Dr Walter Orenstein, head of the National Immunisation Program saying, “I am not interested in taking all the political heat that will go along with that study.” Thompson had gone all the way to the top of his department. He didn’t ever get a response from Dr. Orenstein but Thompson is very clear on what happened next.’

Dr Thompson said: ‘The higher ups wanted to do certain things and I went along with it, in terms of chain of command I was number four out of five.’

It was decided that data should be destroyed but Thompson kept copies. Dr Thompson said: ‘Literally everyone else got rid of all their documents, so the only documents that exist right now from that study are mine.’

Last year, Dr Thompson’s lawyer Richard Morgan said he’d had a change of heart was would publish a paper in May 2016, asserting that the MMR is not associated with autism in African American males, but he never did.

Rates of autism are continuing to increase. Stephanie Seneff, senior research scientist at the Massachusetts Institute of Technology said: ‘Every couple of years the CDC provides a number of what percentage of kids are diagnosed with autism. You’ve got the dots going all the way back to 1975. You draw the line and it is a perfect exponential curve. If we assume that things are going to continue as they have for the past 30 years we can predict that by 2032, one in two children will end up on the autistic spectrum.’

Those figures are scary. In the UK, according to that National Autistic Society, figures here are over 1 in 100, around 700,000, but say there is no exact register kept. Other sources say the figure is as high as 1 in 58.

The future could be bleak for our children. Stephanie Seneff sums up her concerns. ‘I just cannot imagine what it would be like if we really do face a future in which half the children born end up on the autism spectrum. There would be so little money to be able to spend on the normal children to educate them. We’re just going to have extremely sick children and parents that will be so distracted by the challenge of bringing up these children, that our society will not be able to focus on anything else.’

Instead of discussing these issues last week, Vaxxed coverage was all about how outrageous it was to give the film, directed by Dr Wakefield, who was struck off here by the GMC in 2010, a chance to be seen. (Incidentally, the other two doctors who faced charges with him were both cleared, one on appeal.) But no one mentioned that his retracted study has since been replicated 28 times internationally, including at Wake Forest University School of Medicine, North Carolina.

Now there is pressure on Amazon and other stockists to stop selling Vaxxed, but surely we should be allowed to make up our own minds.

Vaccinations and the Depopulation Agenda