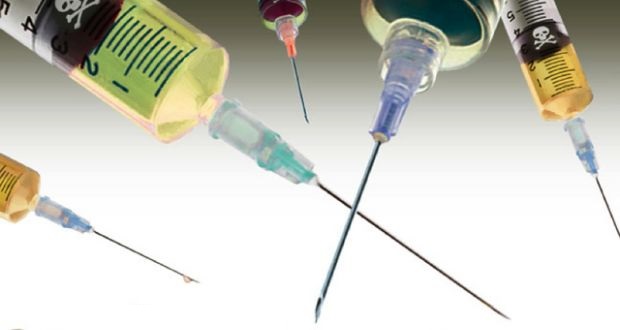 Our Children’s Health Problems Are Vaccine-Related!

This is a story from a woman I will call Cosette. She asked me to post this on her behalf. I will make sure she gets any comments that are left for her. Thanks to all of you for participating in this powerful forum!

‎Thanks to Debi for posting this testimony on the VINE-affiliated Facebook page “My child’s vaccine reaction” on 3 June 2014, and to Cosette for sharing it.

My husband and I are the parents of four children. We grew up believing vaccines were a part of responsible healthcare and parenting, clueless that controversy even existed about them. We’d had them and we were fine, right?

Well, a year ago our youngest had a seizure episode (a few seizures but considered one event). He was just 16 months old. When the ambulance showed up his temperature was only 99.7 degrees (37.6 ºC) and by the time he got to the ER ~30 minutes later his temp was still just 101
(38.3 ºC). After a quick exam to look for infections we were told they were just febrile seizures and not dangerous. Medicate the fever and come back if he had more. We were a bit confused since his fever wasn’t that high but there was no other apparent cause.

This experience actually began our researching on vaccines, not because we thought they were dangerous but because we wanted to know if it was still safe to proceed with the following weeks vaccination appointment when he had just had seizures. The pediatrician had been trying to catch him up on his 9 & 12 month vaccinations that he didn’t get because of insurance problems so he got his 9 month shots at 15 months, was to get his 12month shots at 16 months, then was to get his regular 18 month shots on schedule. It seemed like so much but we were assured it was fine. What we had begun to read though, seemed to point to this attempt to catch him up as the cause of his seizures since his symptoms really didn’t sound like febrile.

Upset, we proceeded to read every pro-vax and anti-vax article we could get our hands on and a pattern began to emerge. The pro-vax articles seemed full of strong rhetoric about what vaccines could not possibly do, but the anti-vax articles were full of scientific studies and stories of injury that sounded eerily familiar. We also started hearing stories from people we knew that had been quiet before including nurses, doctors, epidemiologists etc… The deeper we dug the more we learned about the very real probability that the contents of vaccines were too risky- maybe not effecting everyone in the same way or intensity but they were not healthy and the root of many modern day ailments in children that previous generations had never experienced.

We also discovered the startling fact that all four of our children have conditions that have been directly linked to vaccines:
Child #1: Has severe eczema, allergies and asthma.
Child #2: Had delayed speech and has ADHD and dyslexia.
Child #3: I will discuss in the next paragraph because hers is so severe.
Child #4: Is the child with seizures, severe eczema and allergies.

Child #3 needs her own story told though. I was pregnant with her during the swine flu epidemic of 2009. My husband works in a hospital and did contract it as did our #2 child- it was truly awful. I was about 6 months pregnant at the time and my OB insisted I go on antivirals and be vaccinated. The OB also told me there had been cases of the measles reported and I should also get an MMR booster- it would protect me and the baby! I had never been vaccinated during pregnancy before so was wary but really, what was the difference right? If they were safe when not pregnant then it should be fine. Worst mistake of my life.

Our daughter is now 4 and severely non-verbal autistic. She cannot understand or communicate with you much at all. She has never slept more than a couple hours at a time, even when medicated. She has 2 congenitally missing teeth- which incidentally is indicative of a rubella infection while pregnant, The R in MMR is Rubella. The MMR manufacturer insert actually states not for pregnant women and do not get pregnant within 3 months of getting it, yet they never told me this.

It was never on our radar that this could happen so we never questioned vaccines. Now that we’ve read so many studies (nearly 100 and counting), read the history, and really explored the vaccine manufacturer inserts, we can’t in good conscience continue any more. We are happy to have discovered this now but saddened that we didn’t do this sooner in time to prevent the injuries to our children.

That guilt is the hardest part of this journey. I hope this helps encourage someone else to do their research BEFORE accepting vaccinations. If you are unsure, wait and keep reading.

You can always make up delayed vaccinations but you can never undo them later.