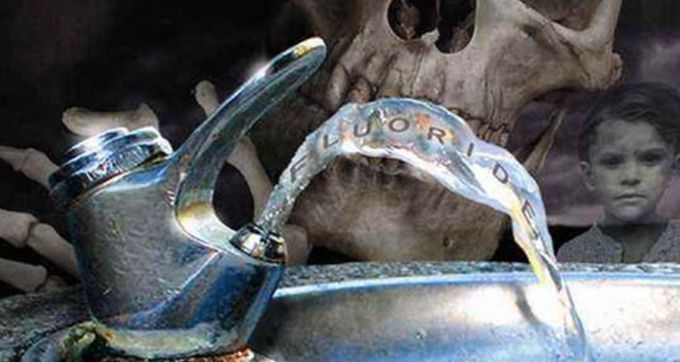 The issue here is, who is going to decide whether the people of New Zealand are fluoridated? Who will be in charge? Communities, or the federal government?

“MPs are expecting furious opposition to proposals on fluoridated drinking water as public hearings kick off this week.”

“The first select committee hearings will be held tomorrow on the Government’s plan to transfer the responsibility for fluoridating water from councils to district health boards (DHBs).” [TRANSFER THE DECISION FROM LOCAL COMMUNITIES TO LARGER FEDERAL ENTITIES — A TAKEOVER.]

“In a rare move, Parliament’s Health Committee has agreed to hear from every individual or organisation that asked to make an oral submission.”

“In total, 60 organisations and 140 individuals are expected to give presentations, and the committee will be broken up into sub-committees in order to hear them all.” [IN OTHER WORDS, THE FULL COMMITTEE WON’T HEAR ANY INDIVIDUAL PRESENTATION — A CLUE THAT THE “TOLERANCE” FOR EVERY POINT OF VIEW IS JUST A SHOW.]

“’The committee felt that hearing from everyone on this was important’, committee chairman and National MP Simon O’Connor said.”

“’It’s a passionate topic. People feel very strongly about it and we thought … the best way to manage that was to allow them to be heard’.” [YES, HEARD, BEFORE BEING IGNORED. THE COMMITTEE HAS ALREADY MADE UP ITS MIND.]

“Most of the submissions to the committee were against the law change, O’Connor said.”

“At present, territorial authorities decide whether to fluoridate the local water supply.” [JUST AS IT SHOULD BE.]

My further comments: right now, only 27 territories (out of a total of 67) in New Zealand have decided to fluoridate their water supplies. The majority of territories understand the toxicity of fluorides.

The federal government wants to take over and fluoridate everybody. The feds consider anti-fluoride activists the enemy and bunch of crazies.

I also suspect that money is an issue. Somebody close to the federal government is poised to make large profits from selling the chemicals, when the government decides the whole population should be toxified.

For the edification of New Zealand’s feds, who believe “the science is settled” and opposing activists are anti-science, here is a famous bombshell letter, written by the head of the US EPA (Environmental Protection Agency) union of in-house scientists, William Hirzy. 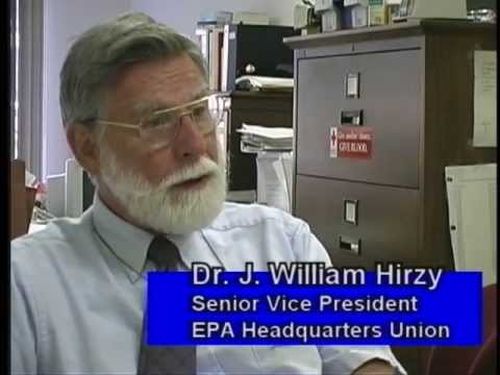 “…our opposition to drinking water fluoridation has grown, based on the scientific literature documenting the increasingly out-of-control exposures to fluoride, the lack of benefit to dental health from ingestion of fluoride and the hazards to human health from such ingestion. These hazards include acute toxic hazard, such as to people with impaired kidney function, as well as chronic toxic hazards of gene mutations, cancer, reproductive effects, neurotoxicity, bone pathology and dental fluorosis.” 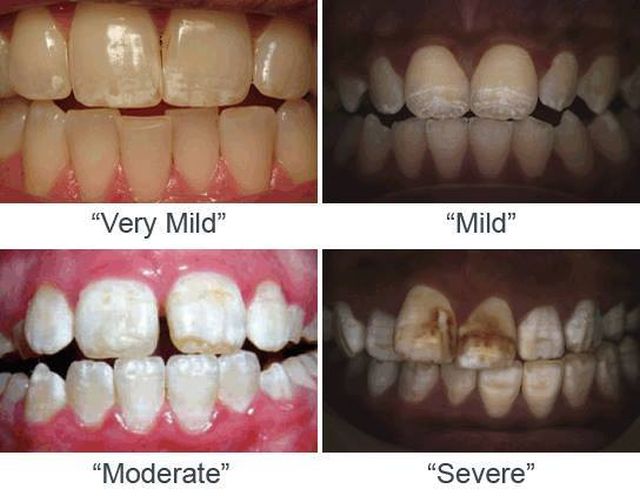 “In support of this concern are results from two epidemiology studies from China that show decreases in I.Q. in children who get more fluoride than the control groups of children in each study. These decreases are about 5 to 10 I.Q. points in children aged 8 to 13 years.”

“Another troubling brain effect has recently surfaced: fluoride’s interference with the function of the brain’s pineal gland. The pineal gland produces melatonin which, among other roles, mediates the body’s internal clock, doing such things as governing the onset of puberty. Jennifer Luke has shown that fluoride accumulates in the pineal gland and inhibits its production of melatonin. She showed in test animals that this inhibition causes an earlier onset of sexual maturity, an effect reported in humans as well in 1956…” 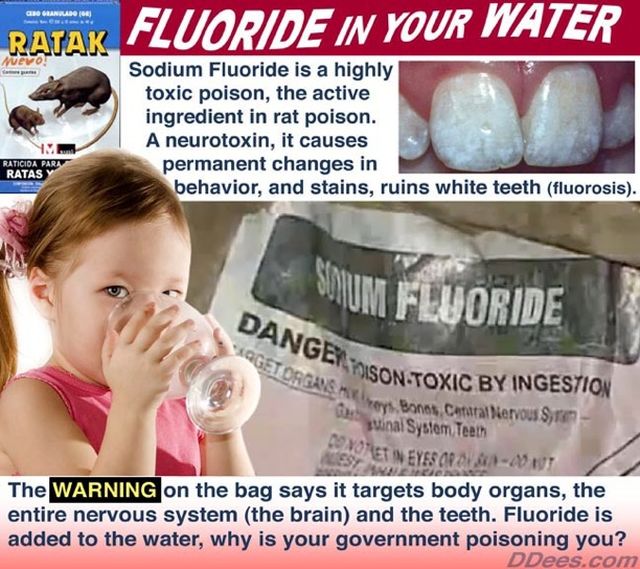 “EPA fired the Office of Drinking Water’s chief toxicologist, Dr. William Marcus, who also was our local union’s treasurer at the time, for refusing to remain silent on the cancer risk issue. 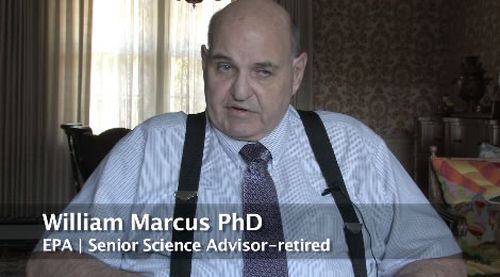 The judge who heard the lawsuit he [Marcus] brought against EPA over the firing made that finding—that EPA fired him over his fluoride work and not for the phony reason put forward by EPA management at his dismissal. Dr. Marcus won his lawsuit and is again at work at EPA.”

“…data showing increases in osteosarcomas in young men in New Jersey, Washington and Iowa based on their drinking fluoridated water. It was his [Dr. Marcus’] analysis, repeated statements about all these and other incriminating cancer data, and his requests for an independent, unbiased evaluation of them that got Dr. Marcus fired.”

“Regarding the effectiveness of fluoride in reducing dental cavities, there has not been any double-blind study of fluoride’s effectiveness as a caries preventative. There have been many, many small scale, selective publications on this issue that proponents cite to justify fluoridation, but the largest and most comprehensive study, one done by dentists trained by the National Institute of Dental Research, on over 39,000 school children aged 5-17 years, shows no significant differences (in terms of decayed, missing and filled teeth) among caries [cavities] incidences in fluoridated, non-fluoridated and partially fluoridated communities. The latest publication on the fifty-year fluoridation experiment in two New York cities, Newburgh and Kingston, shows the same thing. The only significant difference in dental health between the two communities as a whole is that fluoridated Newburgh, N.Y. shows about twice the incidence of dental fluorosis (the first, visible sign of fluoride chronic toxicity) as seen in non-fluoridated Kingston.” 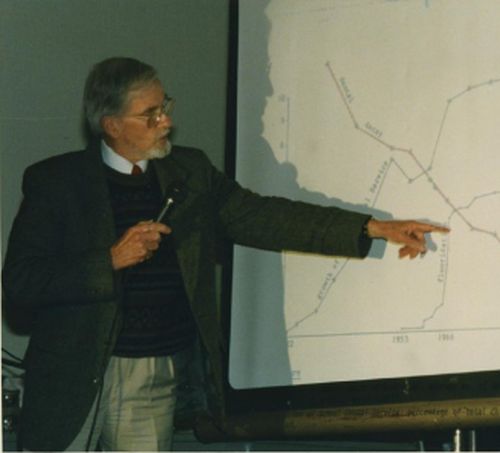 “John Colquhoun’s publication on this point of efficacy is especially important. Dr. Colquhoun was Principal Dental Officer for Auckland, the largest city in New Zealand, and a staunch supporter of fluoridation—until he was given the task of looking at the world-wide data on fluoridation’s effectiveness in preventing cavities. The paper is titled, ‘Why I changed My Mind About Water Fluoridation.’ In it Colquhoun provides details on how data were manipulated to support fluoridation in English speaking countries, especially the U.S. and New Zealand. This paper explains why an ethical public health professional was compelled to do a 180 degree turn on fluoridation.”

“…mutation studies…show that fluoride can cause gene mutations in mammalian and lower order tissues at fluoride concentrations estimated to be present in the mouth from fluoridated tooth paste. Further, there were tumors of the oral cavity seen in the NTP cancer study…further strengthening concern over the toxicity of topically applied fluoride.”

“So, in addition to our concern over the toxicity of fluoride, we note the uncontrolled — and apparently uncontrollable — exposures to fluoride that are occurring nationwide via drinking water, processed foods, fluoride pesticide residues and dental care products…For governmental and other organizations to continue to push for more exposure in the face of current levels of over-exposure coupled with an increasing crescendo of adverse toxicity findings is irrational and irresponsible at best.”

“We have also taken a direct step to protect the [EPA] employees we represent from the risks of drinking fluoridated water…the union filed a grievance, asking that EPA provide un-fluoridated drinking water to its employees.” 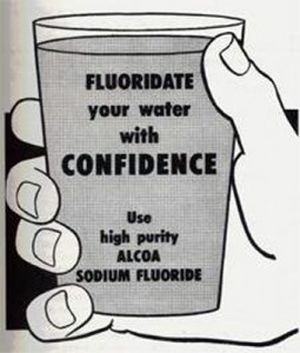 “The implication for the general public of these calculations is clear. Recent, peer-reviewed toxicity data, when applied to EPA’s standard method for controlling risks from toxic chemicals, require an immediate halt to the use of the nation’s drinking water reservoirs as disposal sites for the toxic waste of the phosphate fertilizer industry.”

That last sentence lets you know where the fluorides are coming from.

So… an employees’ union of scientists within the EPA has made its position clear.

The mainstream press has refused to cover this story in any significant way for 17 years.

The government of New Zealand doesn’t care about any of this.

They just want to give the gift of poison to whole population of the country, and call it science.

The Meningococcal B Vaccination Experiments in Norway and New Zealand Revisited

Some Thoughts about the Social Programming in regard to Vaccination
The Drs. Wolfson: On a Mission to Change the World
The End of ALL EVIL
EMFs & Children's Health
A former vaccine industry employee turns whistleblower
Vaccines can't prevent diseases, but effective in sterilizing children
Vaccination in Developing Countries Resource Page
Programming And Herding The Herd Through Mass Media
Dissolving Illusions: Disease, Vaccines, and The Forgotten History
Criminal medical practices: unnecessary surgery forced on women