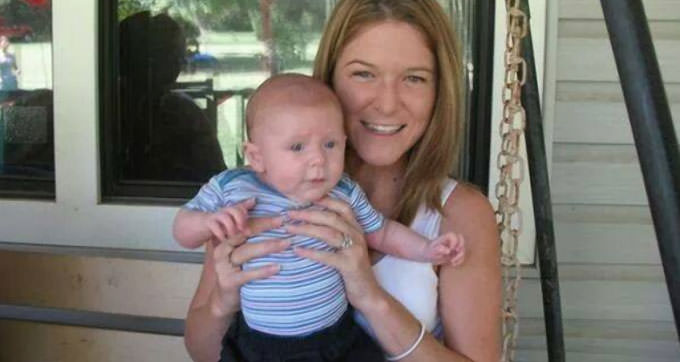 My son Jakob died 2.5 days after his first set of shots!

Brandi Richardson from Augusta, Georgia, has just came forward with this story of her son’s vaccine-related death:

My Jakob Wright Richardson 7/11/07-9/20/07 died 2.5 days after his first set of shots. I even called to tell them he was acting funny. Screaming. They said this was normal. I was told to use Tylenol and DON’T bring him in unless he’s non consolable for 3+ hrs. So I didn’t. And he didn’t wake up.

My son’s “official” cause of death was interstitial pneumonitis (a double lung infection) in the walls of the lungs. Around the air sacks. But he died 2. 5 days after his vaccinations. And the ME said that he couldn’t write it in because there was no obvious cause of death (COD). HE believed it greatly contributed to his death. Vaccines were not mentioned on his report at all.

He started acting funny after he got his shots and I even called the army hospital! Like they said to! And no one would listen that something was wrong! We were denied a 100% link so could not file a vaccine injury claim. I will not vaccinate my youngest two for risk of them having a reaction like their older brother did. Their pediatrician is on board with this decision.

Why I haven't vaccinated my younger son

Ebola: A fake pandemic set up to poison us with drugs and vaccines!

My son passed away after his shots - Alicia LeAnn Bohn

Homeopathy For Childbirth
To Vaccinate Or Not?
Our Children's Health Problems Are Vaccine-Related!
Chemtrails Awareness Resource Page
Rabies, Pasteur And The Rabies Vaccine
Umbilical Cord Blood: A Matter of Life and Death - and Profits?
Millions of injection needles leaking glue resin cover-up exposed!
The Ebola Designer Epidemic
Tetanus Facts…
Down to Earth - The Importance of Grounding