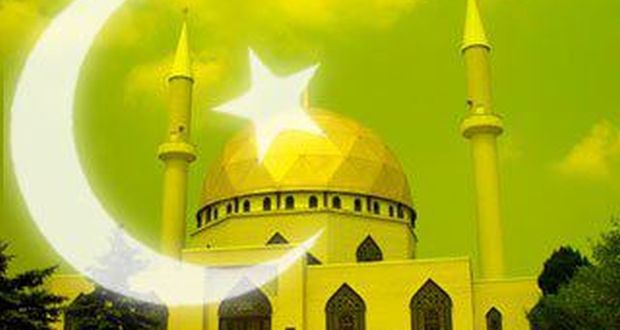 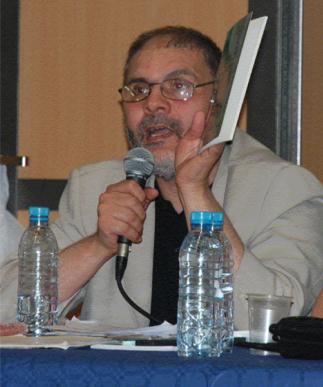 We are giving our innocent children haraam (forbidden) substances and harmful chemicals that destroy their natural immune systems, causing disease, suffering and death. All Muslim doctors and parents should be aware of vaccine ingredients, and of the failed efficacy of vaccines. The harm is clearly greater than the benefit. The time has come to take a stand for truth.
Vaccine Ingredients

Vaccine ingredients include heavy metals, pus from sores of diseased animals, horse serum, calf serum, faecal matter, foetal cells, urine, macerated cancer cells, sweepings from diseased children, formaldehyde (a carcinogen used in embalming fluid), phenol (a carcinogen capable of causing paralysis, convulsions, coma, necrosis and gangrene), lactalbumin hydrolysate (an emulsifier), aluminium phosphate (an aluminium salt that is corrosive to tissues), retro-virus SV-40 (a contaminant virus in some polio vaccines), antibiotics (e.g., neomycin tm) that lead to antibiotic resistance, chick embryo (as a growth medium for the virus), sodium phosphate (a buffering salt), and foreign animal tissues containing genetic material (DNA/RNA) from the growth medium. Vaccines are also contaminated with mycoplasma, bacteria, monkey viruses and various adjuvants. Heavy metals include thiomersal (mercury) as a preservative and aluminium as an adjuvant. Mercury and aluminium have each been proved to damage the brain and nervous system. In some cases, thiomersal has been replaced by another neurotoxin known as 2PE. Vaccines also contain monosodium glutamate (MSG), sorbitol, and gelatine. Many of these ingredients are not allowed for Muslims, Jews, Hindus or vegetarians.

A Fatally-flawed System of Intervention

Vaccination is based on the long-discredited theory that stimulation of antibodies in the human body equals protection from disease. This theory has not only failed to be proved, but has been repeatedly disproved. Stimulation of antibodies does not equal immunity and certainly does not equal permanent immunity. The presence of antibodies is merely a sign of exposure to a disease, which is just one small aspect of what makes up the immune system. Children, with underdeveloped and immature immune systems, receive today about 25 separate vaccines by the age of 13 months. There is no doubt this irresponsible system disrupts and can even destroy the development of their immune systems forever.

Just a Few of the Monstrous Problems

Unthinkably, vaccine studies do not include placebo groups. Instead, they use other vaccines in “control” groups, making it impossible to properly note actual rates of adverse events between a test group and real control group. No research has been done on the long-term effects of vaccines. Post-marketing data of reactions, injury and death go ignored. Moreover, the system lacks individualization. Apparently, one size fits all. There is no pre-screening for immune problems and allergies. Overloading the human body with infections and sub-infections will irreparably disrupt and destroy the immune system. Chemicals in vaccines induce allergies, asthma, and autoimmune disease, including autism. By the way, don’t let any indoctrinated doctor tell you vaccines do not cause autism. Do your own research. Sexual immorality and adultery are stirred by offering our daughters HPV vaccination against cervical cancer. Notably and incredibly, the HPV vaccine is shown to make some recipients even more susceptible to cervical cancer. According to many scientific reports, there is additional concern that some vaccines cause infertility and are used for clandestine population control. The proper role of medicine is to work to find and prevent the root cause of disease, not treat symptoms or fill the body with chemicals and vaccines.

The case against vaccination is first an Islamic one, based on Islamic ethos regarding the perfection of the natural human body’s immune defence system, empowered by great and prophetic guidance to avoid most infections. The case against vaccination is also a medical and health-related one. Incredible evidence, unbeknownst to most, has emerged in the West regarding the many serious health hazards that affect those who have been vaccinated.

Islam and the Immune System

Colostrum in breast milk, a rich source of myriad antibodies, is extraordinarily important in conveying immunity to the child during the first few days after birth. Breastfeeding up to two years gives incredible immunity into the future. Medical studies evidence the amazing protection of breastfeeding against infections, even including poliomyelitis. The first two years of life are a crucial time during which the child’s body will develop a natural and mature immune system. Vaccination disrupts and damages the natural process of human development. God (Allah), the Creator, the Designer, has organised for the destruction of most germs and viruses through the natural process of entry-and-defence via skin, mucous, and the stomach. This process is very different from injection of a vaccine directly into the body without crossing natural defence barriers. Twenty-five weakened diseases are destructively pushed by needlepoint into the bodies of our fragile children at a stage when they are developing their own natural defence systems. Infection and disease are medically proven to regularly succumb to spontaneous, self-remitting recovery. Childhood bouts with infectious disease help build the immune system against future attacks. As our beloved physician and prophet Muhammad, peace be upon him, has told us, for every disease there is a cure. The final holy book, Al Qur’an, is an awesome medical source for both prevention and cure of disease. To best prepare the body, the Muslim should use natural and permissible nutrition from Yayyib (natural) food and drink. Of further importance, we need to address the root causes of morbidity and mortality: poverty, malnutrition, lack of clean drinking water, lack of a healthy and natural foods, lack of proper sewage, and toxins in the environment and body.The Islamic behaviour of seeking halal (lawful) and avoiding harram has been linked to health throughout time by many Muslim doctors and scientists, especially in the field of preventative medicine. Great care should be given to personal hygiene, including hand washing at about 25 times per day (15 times before the five daily prayers during wudu [absolution]). Properly practising daily personal hygiene will avoid many infections. Many fruits and other healthy foods prescribed in Islam have been found to prevent disease and strengthen the immune system, including olive and olive oil, ginger, grapes, pomegranate, vinegar, rosemary and figs. Islamic-prescribed complementary medicine protects us from disease and strengthens our natural immune system, including honey, fasting, prayer (meditation), Du’A (special prayer) for the sick, black seed, Hijama (blood cupping), holy fruits and foods, breastfeeding, aromatherapy, Zam Zam (drinking holy water at Makkah, Saudi Arabia at the time of pilgrimage), and laying on of hands with a special prayer. Frequent exposure to the sun for vitamin D and a diet rich in vitamin D prevents many diseases. Islam prohibits Muslims from taking any harmful medicine or substance. Even where there is doubt or controversy, Islam orders us to leave it completely. This applies to vaccines.

The Truth Be Told

Harram in many vaccines include human foetuses, gelatine from pork, alcohol, and human and animal parts.

These najis (unclean), haraam ingredients are not given in a state of emergency to save life at present. It is ridiculous to introduce myriad infective agents into millions of people as a “just in case” prevention of future infection. It is very wrong that Muslim doctors have adopted a medical intervention that contains so many haraams and harmful chemicals.

In Islam, the human body is holy. We should protect and keep it natural, pure, healthy and safe. As vaccines are neither pure nor natural, it is no wonder that science and medicine have found them to be so incredibly dangerous. A well-orchestrated pharmaceutical industry plan of scaremongering exists to create fear in parents who do not vaccinate their children. Doctors and governments have been indoctrinated and corrupted by a gigantic and incredibly powerful industry into advocating obligatory vaccination, contrary to health and human and religious rights. This has happened not to advance health, but for profit. Vaccines should not be pushed or forced on anyone.

The Case for Opposing Vaccination

It disrupts and destroys the natural immune systems of our innocent children
It produces many physical and medical problems
It increases antibiotic resistance among many patients
It can make many people sterile or infertile
It contains many harmful chemicals like mercury and aluminium
It lacks scientific, independent evidence of efficacy and safety
It contains many haraam substances for the 1600 million Muslims in the world (the latest of which is the vaccine for Meningitis for the Muslim Pilgrims who are going to Hajj was found to contain pork, which is harram.)
It also contains substances which are prohibited for Jews, Hindus and vegetarians
It is unhygienic and full of filth
It wastes trillions of dollars and is making the people and governments in poor third world countries poorer and more in debt, and the drug companies filthy rich
It is medically unethical, as it took us away from dealing with the causes of the diseases and work on prevention.
It is a very wrong medical practice to use a vaccine against every ill
It lacks transparency and informed consent.

Most parents, the public, and even doctors are not aware of its harms, ingredients and cost.
A rising number of doctors, health professionals and parents are joining the campaign against vaccination (websites below). We have many natural ways to build a natural strong immune system to fight most infections. We have many natural, safe alternatives.

Incredibly, the Big Pharma producers of vaccines are exempt from any liability or prosecution, regardless of the number of people who die or are injured. Our innocent children are suffering and they gave no consent at all for the vaccines forced on them. This constitutes a medical assault. 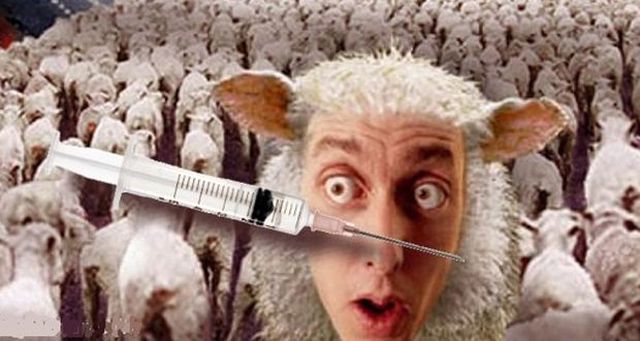 – Religious Leaders Approval of Use of Vaccines Containing Porcine Gelatin

Quoted from the above webpage:

So observant Muslims are led to believe that the transformation of pork products into pork gelatine renders them pure, so that Muslims need not avoid vaccines, in spite of the fact that pig viruses have been found in these supposedly supposedly “pure” vaccines. Unbelievable! See the links below:

– Circumcision is against the Quran