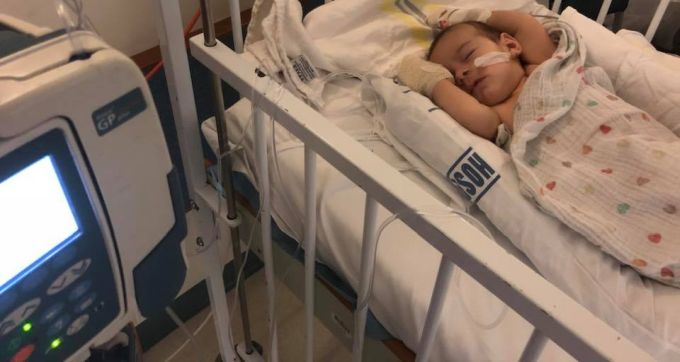 Due to Jude’s very unsettled start at the outset, we decided to delay his 6-weeks immunisations until he was 12 weeks. On Friday last week Jude received rotavirus (Rotarix), DTPPH (Infanrix) and Pneumococcal (Synflorix).

On Tuesday there was a clear change in Jude. He started refusing feeds, nappies dried up and he was constantly grizzly, lethargic and spent his day flopped in pain in my arms.

On Wednesday he deteriorated and started vomiting, so we took him to North Shore Hospital. He was monitored for a couple of hours, but doctors concluded he had a gastro bug and we were sent home.

On Thursday Jude continued to vomit and still couldn’t keep anything down.

On Friday we took him back to our GP who sent us straight to Waitakere Hospital to be checked out by their paediatric team. At this point Jude hadn’t fed or filled a nappy in 3 days and he was exhausted and struggled to even cry. He had a feeding tube inserted and they started to rehydrate him. Despite this, his condition continued to get worse. Around 10pm last night Jude suddenly had a large blood and jelly-like substance-filled bowel motion. We hit the emergency button. It was all on. It was the hardest thing to stand back and watch as a group of strangers stepped in. After 5 attempts they finally managed to insert a line into his collapsed veins. Then our tiny 3 month-old; too unwell to even blink, was strapped on a gurney and lugged into the ambulance. A very speedy drive saw us reach Starship Children’s Hospital within minutes. An immediate X-ray revealed an obstruction in his intestines which was further confirmed by ultrasound. This is when we were informed that Jude’s suffering was a result of the Rotavirus vaccine. The live virus multiplied and spread hard and fast through Jude’s tiny body. The constant vomiting and dehydration caused intussusception (where one part of the bowel slides into the next). The constant morphine still wasn’t enough to subside Jude’s pain. Around 3am the radiologists attempted to perform an air enema to free the intestine. As air was passed into his bowel suddenly the procedure had to be halted as a hole in his bowel meant it was unsafe to continue. We listened (and sobbed) as the doctors phoned to wake up the Chief of Paediatric surgery and head anaesthetist for emergency surgery.

By this stage Jude’s skin was so pale, his eyes had sunken in and his colouring turned grey/yellow. With my gut ripped to shreds from stress and my heart completely smashed, we had to give our tiny baby one last kiss before he left for surgery. It was at this point the true seriousness of what was happening finally sunk in. The surgeons had to open him right up to carefully work their way through his intestines, clearing and untangling them. Where the intussusception had developed the intestine had started to collapse and die. As a result this part of his large intestine along with some of his small intestine and appendix had to be removed. Dave and I spent the next couple of hours bawling and trying hard not to panic.

After 2.5 hrs we heard that the surgery had gone well and about an hour later were finally able to see our boy. As soon as I saw him with lines everywhere, tubes and devices all around him- I lost it. Nearly passing out, I was made to lay down before falling down. Then boom – panic attack hit hard. I physically couldn’t look at my tiny baby in so much pain. 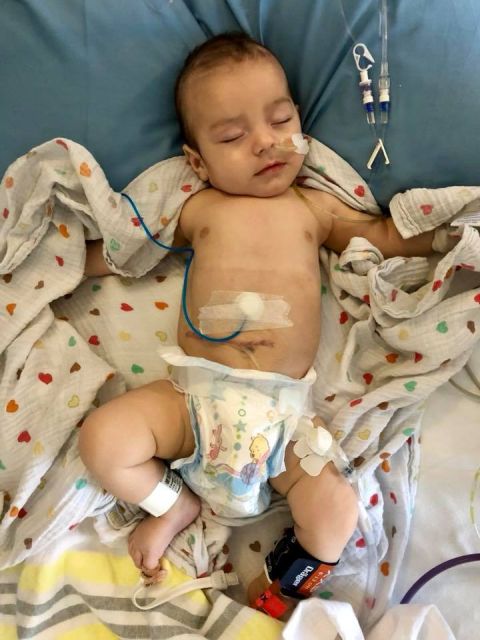 We are now out of intensive care and settled on our ward. He’s still completely out to it but only now has he started to settle. He’s drugged up to his eyeballs but is still in significant pain.

The next few hours the team will try to get his temp down, monitor his breathing while he’s on so much morphine, and pump him with antibiotics to reduce any further complications. 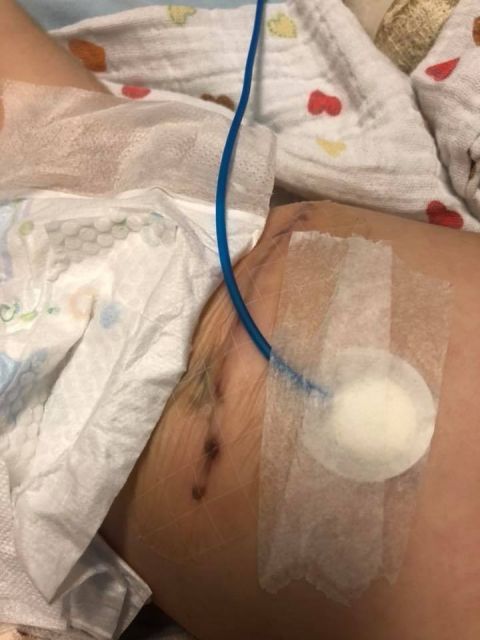 I know from past experiences that the risks and benefits of immunisations are not appropriately discussed before a decision is made. All you hear is that they are fine with no or low risk of complication. This does not constitute informed choice, a key right for any patient undergoing any medical procedure. Dave and I knew straight away something had gone wrong as a result of the vaccines, but every doctor we brought it up with seemed dismissive of the idea.

Weirdly enough, the couple next door to us in ED also had a 3-month-old immunised just a few days earlier. He had exactly the same symptoms and complications. Further to this we both knew of others who have also had similar complications from the Rotavirus vaccine – *ding ding ding alarm bells*

A vaccine to prevent rotavirus gastroenteritis was first licensed in 1998 but was withdrawn in 1999 because of its association with an uncommon type of bowel obstruction called “intussusception.” Yet, a “slightly adapted” version of the vaccine was added to the New Zealand immunisation schedule on 1 July 2014.

These poor guinea pig children! We nearly lost our little boy, but hey at least they got another addition to their vaccination statistics, although the negative side of our experience will undoubtably be swept under the rug.

We spent the weeks before our immunisation date researching exactly what ingredients made up each vaccine and their effect on the body. It took a long time to find reliable information on possible side-effects and consequences. With the statistics (which I can almost guarantee are no longer accurate) provided, we decided to take the chance and go ahead with these immunisations. In our minds, contracting rotavirus itself would be ten times worse than the pain of the quick vaccine. Instead however, the vaccine which was meant to prevent our child from contracting rotavirus caused our son to experience exposure to the rotavirus in full force and suffer every possible complication that can go with the virus. In hindsight, if we had known the complete risks and statistics involved, we would not have gone ahead with it.

Tonight we sit next to our fragile 3-month-old, unable to hold him and can only watch as he struggles with pain. I’m so angry and heartbroken. My children will no longer be guinea pigs!!! 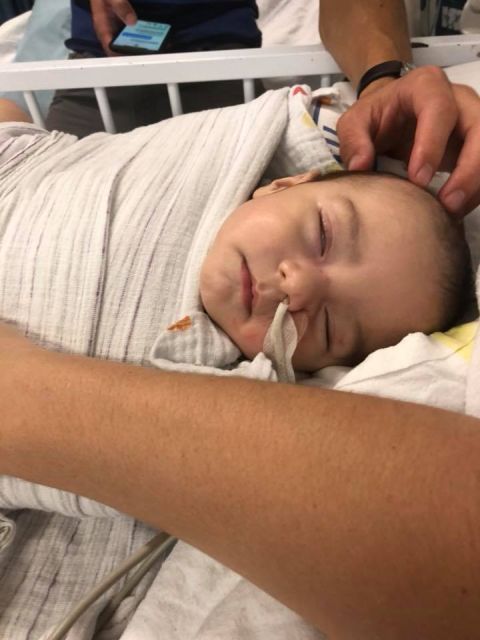 Parents please be vigilant and do your own research before allowing your child to be injected with something that can cause potential harm. Ask questions, demand accurate and reliable statistics and seek answers. Don’t just give consent. Make sure to make an informd decision.

This is our story. I’m not suggesting nor implying that you don’t vaccinate. Each to their own. Take what you will from this. But this is what happened to us. We are devastated. 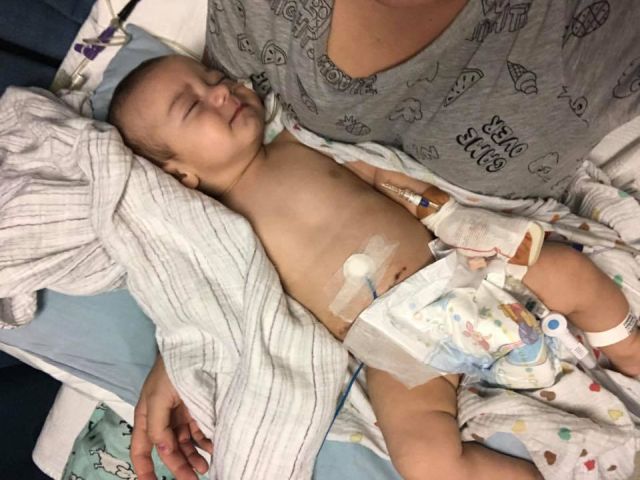 NO pro or anti vac comments welcome. Thank you. 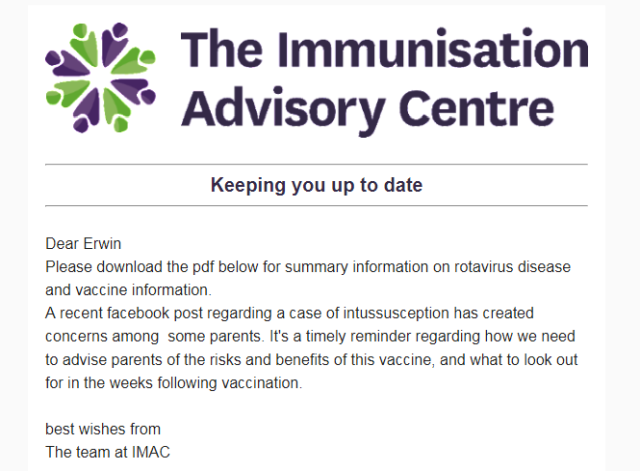 Key points regarding rotavirus, the rotavirus vaccine and intussusception

Last week a Facebook post was brought to our attention regarding a 12 week old baby hospitalised and diagnosed with intussusception, in the week after their first immunisations, including
the rotavirus immunisation. (immunisations were delayed 6 weeks).

We felt it timely to summarise some of the information regarding rotavirus, the rotavirus vaccine and the incidence of intussusception.