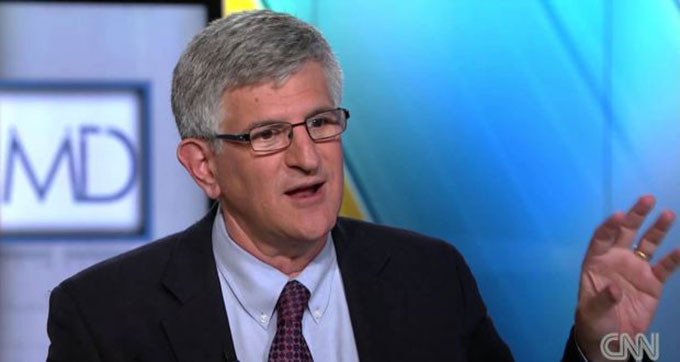 How to deal with bullying doctors

Parents Learn to Push Back, Forcefully, Against Doctors Who Have Taken Paul Offit’s Bullying 101

Did you see this nonsense in the LA Times on Friday? Dr. Paul Offit speaking to “several dozen physicians” in a UCLA lecture hall (that holds several hundred, wonder why it was so empty), teaching them to push back against parents who question vaccines, lest moms and dads be under the impression that they have a vote in their child’s medical care. These are doctors that apparently have no retort to classic questions like, “Why is autism listed as a side effect of a vaccine on the package insert?”

Given that the only people to deal with the fallout of vaccinating a child who doesn’t have the hard-wiring to withstand vaccines are the parents, why is Paul Offit teaching doctors that what the parents want is irrelevant to his agenda? What’s missing from the Times’ story is the fact that most parents who don’t vaccinate take that position because they have already sacrificed one of their young for the herd, and no longer feel a civic duty to follow doctor’s orders. What’s a parent in SoCal to do?

Given that it isn’t realistic to walk into a pediatrician’s office and ask the physician to sign a contract of any kind—whether it be for a guarantee that vaccines won’t cause harm to your child, or a promise to pay for care if they do— the following is a list of brazen questions that you can ask your child’s pediatrician once they start “gently pushing back” on your healthcare decisions.

Let’s say it’s the end of the appointment and the doctor walks to the door and says, “I’ll send my nurse in with the vaccines your son needs today.”

Your response, if you so choose, is “No, not today, we’re waiting and still doing some research before making that decision.”

The pediatrician audibly guffaws, “Vaccines are safe and effective. Why don’t you tell me what your sources are so we can talk about it? You have to stay off of the Internet, you know.”

Woah, what was that? A gentle push-back? Well alrighty then. Let’s get started with your push-back to the push-back questions:

“Why do you always warn me not to ‘read the Internet’ when that’s where all of the abstracts and many full-length of peer-reviewed journal publications are found?”

“Beyond learning to inject one, how long did you study vaccines in medical school?”

“If my baby were going to have a reaction that you would be obligated to report to the Vaccine Adverse Event Reporting System, what might that look like?”

“Can you give me the cite for the safety study for administering the vaccines for hepatitis B, Hib, PC, DTaP, polio, and rotavirus all at once to the body of a 10-pound, 2 month old infant?” (Trick question; there isn’t one.)

“If vaccines are so effective, why does a baby have to get three of each one in a row, only to have them wear off a few years later?”

“If they are so safe, why did vaccine manufacturers strong-arm our government into giving them immunity from being sued?”

“If vaccines are such an overwhelmingly wonderful idea, why are the mandated? Shouldn’t everyone line up to get them on their own?”

“Why is it that on one hand everyone knows that the parents who don’t vaccinate are highly educated, but on the other they act like we don’t know how to do research?”

“When pediatric cancer is the #1 cause of disease-related death in children and adolescents, why are we injecting a known carcinogen into babies?”

“Just off the top of your head—if you know it—what is the FDA’s daily limit of aluminum allowed into an infant’s IV and how does that compare to this round of vaccines you want to give?”

“If my child becomes autistic or epileptic after this round of vaccines you want to give him, who is going pay for his care for the rest of his life?”

“If parents who don’t vaccinate are of such problematic numbers, then why doesn’t the CDC conduct a study of the incidence of autism and autoimmune disease of those unvaccinated children?”

“Why do vaccine safety studies compare a vaccine to a placebo with aluminum? Why not just saline?”

“Can you tell me the death rate for rotavirus in America or do you only know it for Africa?”

“Where are all of these immunocompromised school children who can’t be vaccinated? Are you saying parents send their children to school while they’re on chemotherapy?”

“If children that have been recently vaccinated for chickenpox aren’t allowed into a NICU, why are they allowed to be around these immunocompromised children at school?”

“You are aware that you work for me, correct? I am a customer and you are a service provider. There are few other business relationships where the customer is told, ‘Don’t bother coming in if you’re not going to take my advice 100% of the time.’”

“Does the AAP actually tell you to kick out parents like me, or is that something you came up with on your own?”

Now, I can’t guarantee that you will have a friendly relationship with your child’s doctor after that round of questioning so it might be best that you find a new one if well-checks are high on your priority list. In fact, you might be told on the spot that your next appointment won’t be scheduled, which is fine. Give your money to a pediatrician whose livelihood doesn’t depend on 95% of his patients marching to the CDC’s drum instead.