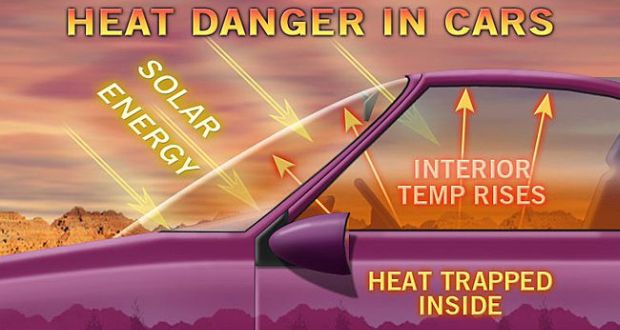 Billions of dollars of tax-payer money are spent on government-promoted vaccination programmes even though in developed countries the number of deaths caused by so-called “vaccine-preventable” diseases has – no thanks to vaccination – dropped to virtually insignificant levels decades ago. HERE

Other more common causes of death such as pool drownings, road accidents, leaving children unattended in hot cars and so on are given comparatively little attention.

A warning about toxic gases being released in cars standing in the heat of the sun my friend Kim e-mailed me has prompted me to post some information about the dangers of heat trapped in cars to help raise awareness about this health risk which to me seems more relevant to our respectively our families’ lives than the risk of infectious diseases we are constantly being reminded of. 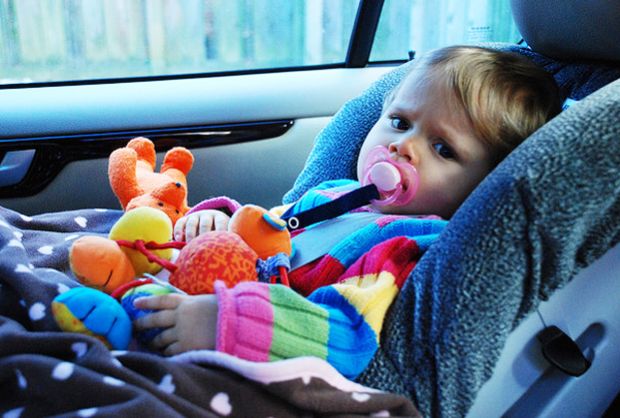 Other parts of a car also aid in increasing the car’s interior temperature, including the steering wheel and the dashboard. Due to their dark colors, steering wheels and dashboards can hit temperatures up to 200 degrees when sitting stationary in the sun. They then radiate their own heat and further heighten a car’s temperature.

“When a child is left in a car, there is a 50/50 percent chance that they will be left on the sunny side of the car,” Null said. This is especially dangerous because children, unlike adults, have not yet developed the ability to cool themselves off.

Heat stroke, by clinical definition, occurs when the body reaches 104 degrees F. At 104, the body enters survival mode and stops perspiring. Only three degrees higher, at 107 degrees F, the body’s cells start to die. This causes the internal organs to begin failing and death can occur soon after. These life-threatening temperatures can be reached quickly when one is stuck inside a car in the heat. 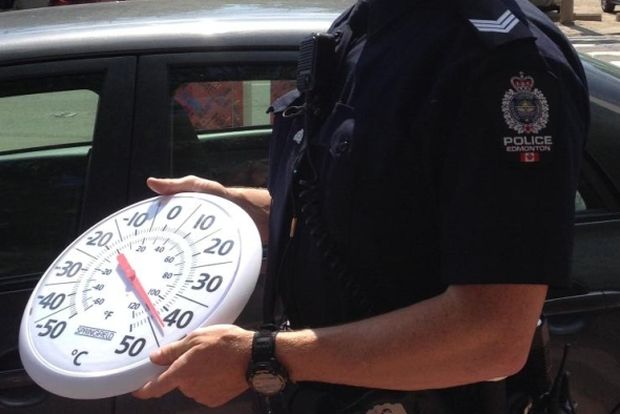 “In the worst case scenario, if a child is small and on the sunny side of the car, death can occur in 15 minutes or under,” Null said.

Pets, like children, have a lesser ability to cool themselves off compared to adult humans. Each year thousands of animals perish as a result of heat stroke when left in a vehicle. However, pets are better protected than children by today’s legal system.

Before exiting your vehicle, be sure to double check your backseat for some precious cargo you may be leaving behind. To help keep children safe, see the tips below from Null.

How to help keep children safe:

1. If you see a child unattended in a vehicle, immediately call 911.

2. Never leave a child unattended in a vehicle.

3. If you are missing a child, first check the pool and your vehicle.

4. Give yourself a visual reminder that your child is the backseat. Put the child’s teddy bear on the front seat, put your cell phone, purse or briefcase in the backseat; that way you are forced to remember.
——————————–
My comment:

The above information of course applies to pet animals as well! 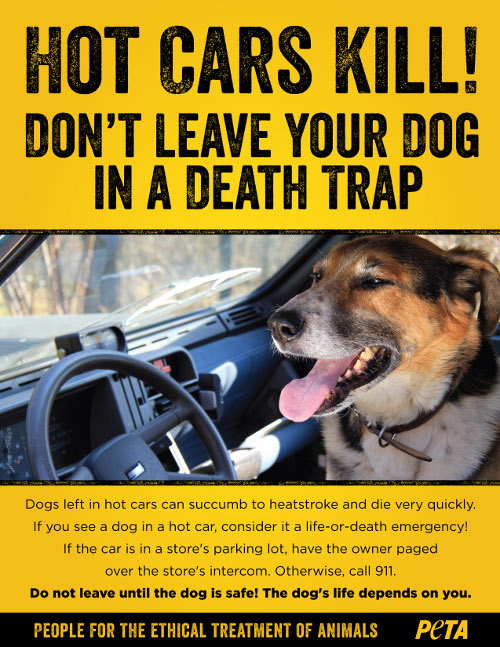 I remember a newspaper item published in a local newpaper in New Zealand a few years ago about people noticing a small dog who appeared to have either fainted or died inside a car parked outside a shopping centre in the summer heat. The dog was on the shelf inside by the back window, where it was exposed to the full sun.

The police were called to break into the a car to try to rescue the animal should it still be alive, but the dog was in fact dead. It turned out that the dog had died quite some time ago as it had been preserved by a taxidermist!

When the owner of the car arrived at the scene she explained that she had feared for her small dog’s life when her son who lived with her bought a pit bull terrier, so rather than risk having her dog torn to pieces, she got a vet to put it down and a taxidermist to preserve it!

This is the information my friend Kim e-mailed me:

Now this is very interesting! My car’s manual says to roll down the windows to let out all the hot air before turning on the A/C. WHY ?

No wonder more folks are dying from cancer than ever before. We wonder where this stuff comes from, but here is an example that explains a lot of the cancer-causing incidents.

Many people are in their cars the first thing in the morning, and the last thing at night, 7 days a week.

As I read this, it makes me feel guilty and ill. Please pass this on to as many people as possible. Guess, it’s not too late to make some changes.

Please do NOT turn on A/C as soon as you enter the car.

Open the windows after you enter your car and then after a couple of minutes, turn ON the AC .

Here’s why: According to research, the car’s dashboard, seats, a/c ducts, in fact ALL of the plastic objects in your vehicle, emit Benzene, a Cancer causing toxin. A BIG CARCINOGEN. Take the time to observe the smell of heated plastic in your car when you open it, and BEFORE you start it up. 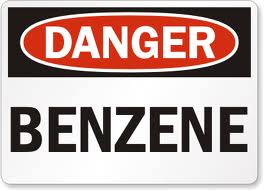 In addition to causing cancer, Benzene poisons your bones, causes anaemia and reduces white blood cells. Prolonged exposure can cause Leukemia and increases the risk of some cancers. It can also cause miscarriages in pregnant women.

The “acceptable” Benzene level indoors is: 50mg per sq.ft.

A car parked indoors, with windows closed, will contain 400-800 mg of Benzene – 8 times the acceptable level.

If parked outdoors in the sun, at a temperature above 60 degrees F, the Benzene level goes up to 2000-4000 mg, 40 times the acceptable level.

People who get into the car, keeping the windows closed, will eventually inhale excessive amounts of the BENZENE toxin.

Benzene is a toxin that affects your kidneys and liver. What’s worse, it is extremely difficult for your body to expel this toxic stuff.

So friends, please open the windows and doors of your car – give it some time for the interior to air out -(dispel the deadly stuff) – before you enter the vehicle.

When someone shares something of value with you and you benefit from it, you have a moral obligation to share it with others.

This one is for all to read and then to share…it might help save a life!

Finally, plastics are a source of hormone-disrupting chemicals, especially if heated. I shudder when I see street vendors here in Thailand ladle hot food such as soups or curries into plastic bags they then close with a rubber band for people to take home for dinner. For an informative article about ‘Exposure to Chemicals in Plastic’ click HERE 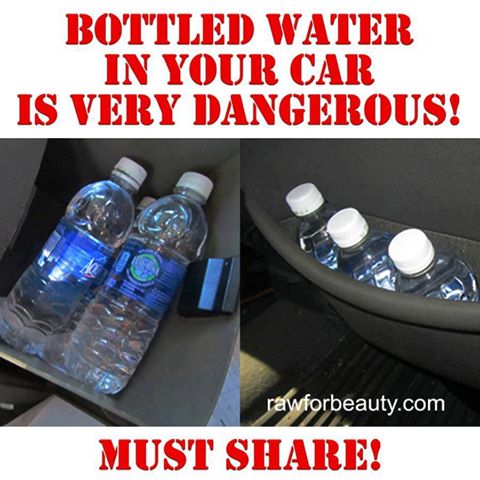 Keeping Bottled Water In Your Car Can Be Very Dangerous

This is an article that should be share to anyone important in your life!

Dioxin chemical causes cancer, especially breast cancer. Dioxins are highly poisonous to cells in our bodies. Don’t freeze plastic bottles with water in them as this releases dioxins from the plastic. Recently the Wellness Program Manager at Castle Hospital , was on a TV program to explain this health hazard.

We should not be heating food in the microwave using plastic containers….. This especially applies to foods that contain fat. The combination of fat, high heat and plastic releases dioxin into the food.

Instead use glass, such as Pyrex or ceramic containers for heating food… You get the same result, but without the dioxin.. So, such things as TV dinners, instant soups, etc., should be removed from their containers and heated in something else. Paper isn’t bad but you don’t know what is in the paper. It’s safer to use tempered glass, such as Pyrex, etc.

A while ago some of the fast food restaurants moved away from the styrene foam containers to paper. The dioxin
problem is one of the reasons…. Plastic wrap, such as Cling film, is just as dangerous when placed over foods to be cooked in the microwave. As the food is nuked, the high heat causes poisonous toxins to actually melt out of the plastic wrap and drip into the food. Cover food with a paper towel instead.

My comment: DO NOT EAT MICROWAVED FOOD AT ALL AS IT IS A HEALTH HAZARD!

Microwave ovens can be put to far more sensible uses than to cook food, as these two photos I took near Whangaroa in Northland, New Zealand show; the idea seems to be catching on and spreading as well, as the two rural letterboxes are at the entrances of adjoining properties: 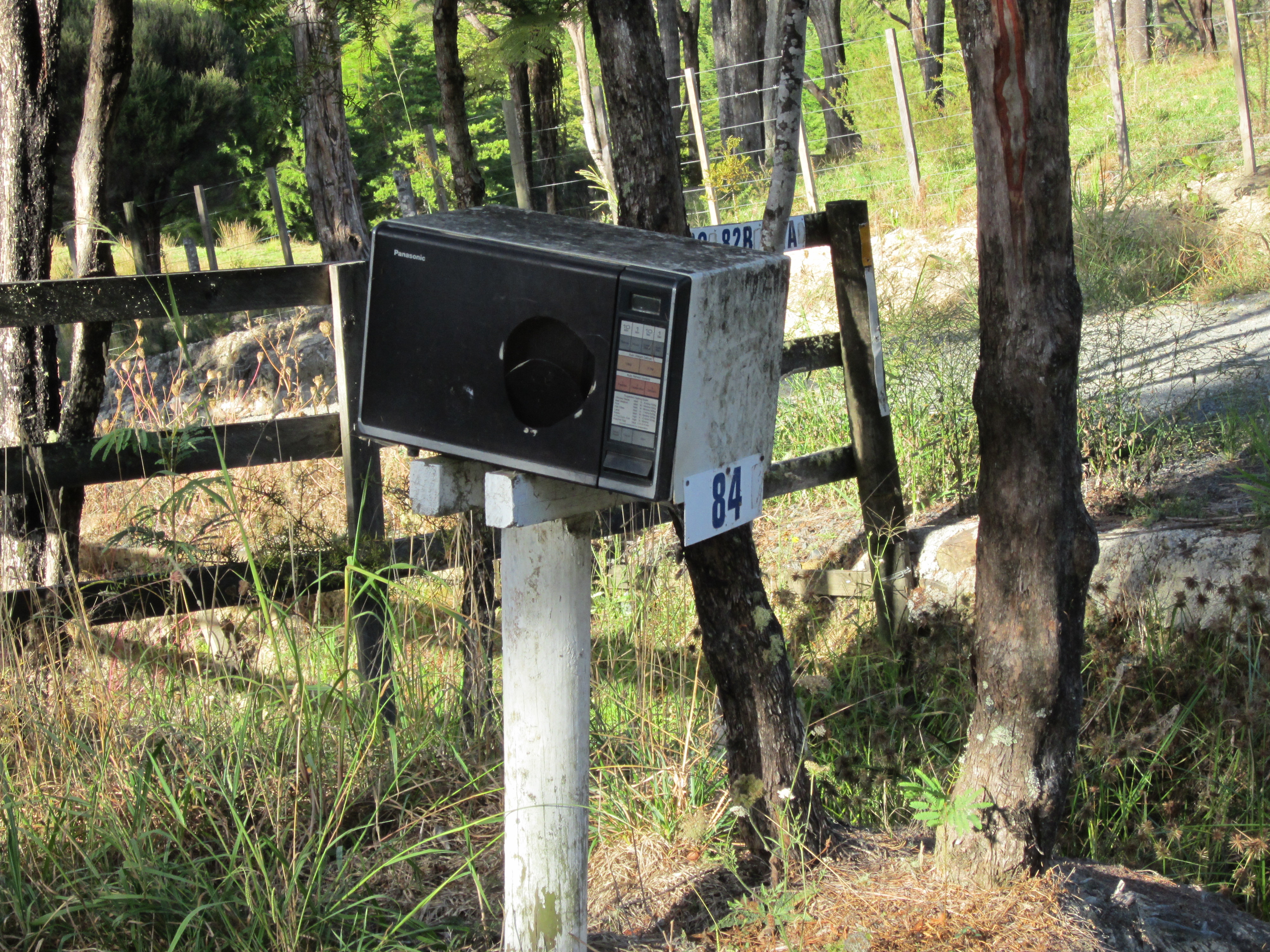 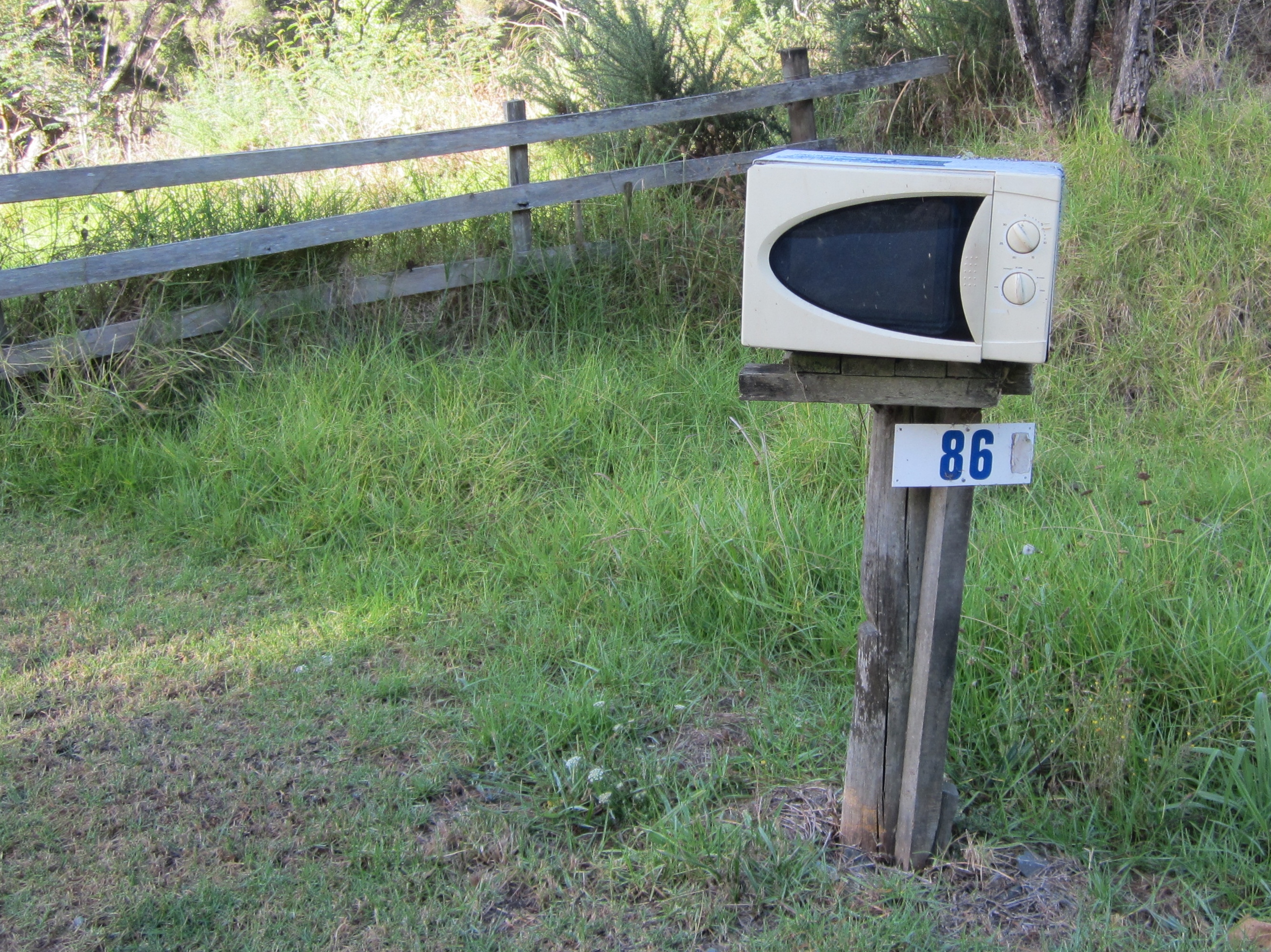 Please share this information as it may save lives!

Dr. Stephanie Seneff on the Connection between Vaccines and Autism
Vaccination in Italy
What do ice cream and vaccines have in common?
Stories From AntiVax Parents
Filmmaker Documented Abuse, Murder of Children Under State Custody
Pitocin Use To Induce Labour Carries Risk Of Injury To Baby And Mother
Breastmilk Is Not Just Food - by Hilary Butler
Vaccination Propaganda: Neurolinguistic Programming used for Evil Purposes
2017 MR Vaccination Campaign India
My Daughter's Reaction to the DPT Vaccine