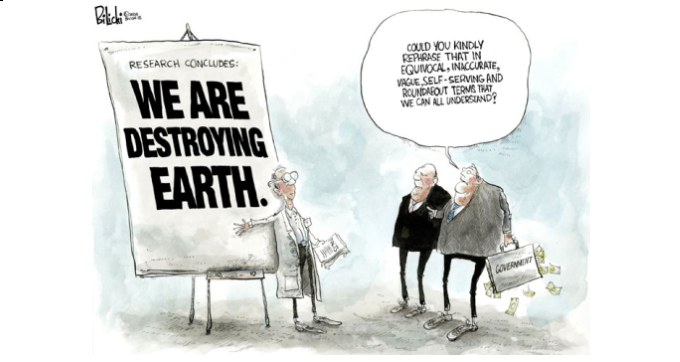 Globalist peril vs. The Individual

(To read about Jon’s mega-collection, Exit From The Matrix, click HERE.)

“Some even believe we are part of a secret cabal working against the best interests of the United States, characterizing my family and me as ‘internationalists’ and of conspiring with others around the world to build a more integrated global political and economic structure—one world, if you will. If that is the charge, I stand guilty, and I am proud of it.” –David Rockefeller, Memoirs, 2003

The man who wrote those words represents a family that has dominated banking, oil, modern medicine, behind-the-scenes politics, and powerhouses of Globalism (e.g., the Council on Foreign Relations) for a century.

Globalism asserts that no nation can be independent from “the family” of other nations, as if it were a matter of fact beyond dispute. A nation claiming its sovereignty thus becomes a lunatic traitor to the natural order of things.

What really binds nations to one another is propaganda, and treaties which are based on the same propaganda, resulting in engorged super-profits for mega-corporations.

Globalism is a secular piece of messianic hype. A Disneyesque altruism is the prow of the ship. Spend 10 minutes educating any street hustler on Globalist principles, and he would recognize it as a standard long con.

Obama’s recent warning to the Brits, that their withdrawing from the Globalist European Union would put them at the back of the line in negotiating a separate trade treaty with the United States, was sheer fiction.

Britain, or any nation, that has goods to sell and a desire to buy will find trade partners. An agreement could be scratched out on a napkin over dinner.

Impending trade deals like the TPP and TTIP are thousands of pages and take so long to negotiate, because the heavy hitters at the table are looking for new ingenious ways to cut and paste the world into larger profits for themselves.

Globalism, hiding behind thousands of academic analyses, picks up jobs from one nation, where wages are reasonable and working conditions are tolerable, and dumps them in hell holes where wages are nearly invisible and conditions are poisonous. It’s that simple, and any moron could see how the job-exporting nations would suffer…if by nations we meant people.

Instead of criminal corporations and criminal investors.

But all this is layered over with “share and care” sop.

The United States government could repeal the NAFTA, CAFTA, and GATT trade treaties tomorrow, and throw current TPP and TTIP negotiating documents out the window…and all would be well. Better.

For instance, without NAFTA, US producers wouldn’t have been able to flood Mexico with cheap corn, throwing 1.5 million Mexican corn farmers into bankruptcy, leading many of them to cross the border and come to the US to find work.

No US President since Nixon has disturbed the march of Globalist “free trade.” All Presidents since then have been on board with the Rockefeller plan. And the US economy—which is to say, jobs—has thus faltered. The 2008 financial crash was only one factor in the decline. The promise of cheap imports for sale in the US—the justification for free trade—doesn’t work when people here have no jobs and no purchasing power.

Major media, fronting for free-trade, have panicked over Donald Trump’s claim that he’ll reject Globalism. They would have panicked over Bernie Sander’s similar promise, if they thought he had any chance of defeating Hillary Clinton for the Democratic nomination. The media have their orders from on high—the deck is stacked, the cards were dealt long ago.

Hillary Clinton’s pathetic promises about creating jobs reveal nothing of substance. Small tax breaks for small businesses that “share profits with employees,” the “removal of government red tape,” “funding breakthroughs in scientific and medical research,” “expanding job training opportunities”—the truth is, her basic method for stimulating the economy has always been: find a war, any war, and fight it.

—Now, let us consider The Individual. Is he just a tiny force pitted against a colossus?

No. Unless he sees himself that way.

But what can he do?

First: find the thing within himself that defies the odds, supersedes the “normal response,” casts aside all ordinary formulations of what he is.

That thing, that power is imagination.

Imagination has the ability to come up with solutions and strategies that have never been considered before. Imagination is the wild card.

Imagination belongs to The Individual.

—The individual is not the group.

What does the individual have to offer? He has everything he is capable of doing, when he liberates himself from petty ideas and limitations about what he is. That journey of liberation is his own. It isn’t anybody else’s.

It is, as I’ve pointed out many times, a journey of imagination.

Imagination lets a person know that he can think thoughts that have never been thought before.

The journey of individual liberation is, therefore, much more than discovering what already exists in one’s own mind.

The world as it is, things as they are, Globalism as it is, collectivism, the group—this is eventually the sensation of depleted imagination.

Of course, imagination never diminishes, it just waits. For you.

The deployment of imagination unlocks hidden energies. A power, sought after and never found in other endeavors, appears.

“Tiny imagination” is just part of this absurd culture. You don’t have to go along with it.

Imagination is larger than any universe. It needs no sanction from the world. It is not some secret form of physics. It is not religion. It is not cosmology. It is not any one picture of anything. It’s what you invent.

The Collective is a graveyard where imagination has been downgraded and forgotten.

Imagination soars. It is the individual at the edge of his own exploration.

Imagination was the source for the building of modern civilization. But then civilization became dedicated to itself and the group.

The individual never goes away, and neither does his imagination.

Imagination can light up a room, a house, a city, a nation, a planet, a galaxy, a universe.

—So what will the individual do about Globalism?

People tend to ask for answers—but what if the ordinary answers don’t work? What if something else has to happen?

What if many individuals have to wake up to the range and scope and power of their own imaginations…and come up with new answers?

What if that’s the case?

What if that’s the exit from the situation in which we find ourselves?

It IS the exit.