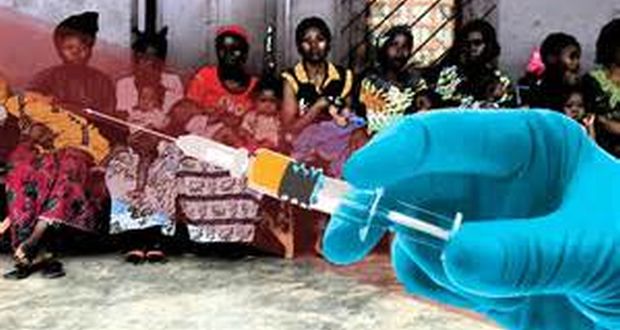 The first thing you need to know is: pharmaceutical companies would develop and sell a vaccine to combat flying turtles if they could make money from it. 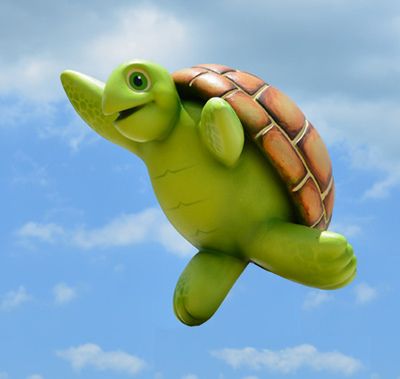 And shockingly, that point is relevant to the Ebola vaccine, because as yet I have seen no evidence that Ebola virus has ever been properly identified in any human being.

Therefore, there is no evidence anyone needs protection from the virus.

As I reported several days ago, chemist David Rasnick, PhD, has examined published literature on Ebola, and has concluded:

“I have examined in detail the literature on isolation and Ems [EM: electron microscope pictures] of both Ebola and Marburg viruses. I have not found any convincing evidence that Ebola virus (and for that matter Marburg) has been isolated from humans. There is certainly no confirmatory evidence of human isolation.”

Therefore, the need for an Ebola vaccine (even if you believe in the theory of vaccination) is completely unproven.

The vaccine would, if it worked, protect against a virus never conclusively IDed in a human.

Rasnick stated that it appears the Ebola virus has been extracted from animals — in which case, some element of the virus could be placed in a vaccine.

Which element of the virus will that be? According to researchers at the US National Institutes of Health and two companies — Crucell and GSK — two genes from the Ebola virus will be inserted in the vaccine. That’s all. Just two genes.

These genes will be carried, in the vaccine, by another virus, most likely a chimpanzee adenovirus.

This chimp virus, researchers claim, will not reproduce in the body. It will simply unload its two-gene cargo and fade away. 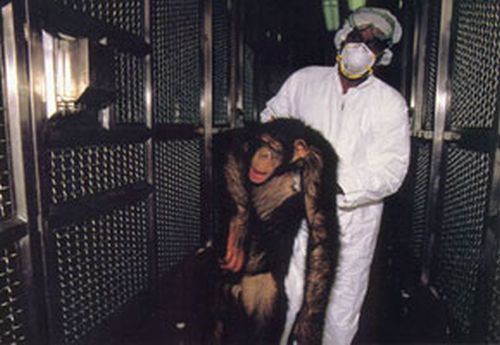 Then, the two Ebola genes will somehow bring about the emergence of an Ebola-related protein, and the human immune system will produce antibodies against that protein.

Thus, immunity to Ebola will be created.

To say this will produce genuine immunity is highly speculative.

And again, since there is no proof anyone has ever isolated Ebola virus from a human, the production of antibodies is irrelevant.

It’s like saying, “I’ll sell you parts for your Chevy, even though you don’t own a Chevy.”

What about the dangers of the Ebola vaccine?

First, there are the usual toxic chemicals present in vaccines: for example, formaldehyde, polysorbate. We aren’t being told which chemicals (and metals) the vaccine will contain.

Second, what guarantee do we have that the carrier chimp virus won’t reproduce and proliferate in the body? We’re told it’s “not a problem.”

That’s what they always say. Vaccines are wonderful, safe and effective.

Barbara Loe Fisher, of the National Vaccine Information Center, reasonably estimates that there are 100,000 to 1.2 million adverse reactions to vaccines in the US every year. I would call that a problem.

Third, the process of genetic engineering, by which the two Ebola genes are inserted in the chimp virus…who can predict this will be done in a uniform and safe way, with every Ebola vaccine batch?

As a standard of comparison, consider the fact that the insertion of genes into GMO crops is done in shotgun style. The genes aren’t always placed into the same positions in the GMO seeds. Therefore, the ensuing effects are random.

“I love random effects in my body. I look forward to them.”

Fourth, from what I can gather so far, the Ebola-related protein that is produced by the vaccine in the human body is somewhat mysterious. That is, there are several different explanations as to exactly how the protein is created. Not a comforting sign, unless you’re fine with the idea of your body suddenly housing a protein that wasn’t there before.

And finally, who knows what “extra elements” could be added to the vaccine? Right now, for example, a controversy has erupted in Kenya about a tetanus vaccine, which is being injected widely.

Catholic priests in Kenya claim they’ve sent samples to labs, and the results show the vaccine has been altered, in order to cause miscarriages.

The addition of HCG, a pregnancy hormone, induces the body to attack pregnancy and terminate it.

Much documentation exists to show such vaccines have been extensively researched at Rockefeller labs and other facilities.

As everyone should know by now, the Ebola vaccines under development have never been tested on a wide range of human beings. The clinical trials have used small numbers of people.

This is a huge red flag.

When the Ebola vaccine is released, you can be sure that severe injuries and deaths will be explained away.

“He already had a latent case of Ebola disease. We didn’t know that. He died from the disease, not the vaccine.”

“It was a bad batch. The batch was small. It’s been confiscated. We’re sure the vaccine is safe.”

“He had an undiagnosed and undiscovered severe immune-deficiency, which would have killed him in short order…”

If there is good news here, it’s the fact that many eyeballs will be focused on the Ebola vaccine. I’m not talking about government researchers or researchers for vaccine manufacturers.

I’m talking about independent investigators and private citizens who already know about the dangers of vaccines.

They will form their own informal reporting system.

Governments and vaccine companies who are touting the Ebola vaccine understand this.

And they remember, for instance, the Swine Flu disaster of 1976:

“…the swine-flu vaccination program was one of its (CDC) greatest blunders. It all began in 1976 when CDC scientists saw that a virus involved in a flu attack outbreak at Fort Dix, N.J., was similar to the swine-flu virus that killed 500,000 Americans in 1918. Health officials immediately launched a 100-million dollar program to immunize every American. But the expected epidemic never materialized, and the vaccine led to partial paralysis in 532 people. There were 32 deaths.” —U.S. News and World Report, Joseph Carey, October 14, 1985, p. 70, “How Medical Sleuths Track Killer Diseases.”

Ebola: A fake pandemic set up to poison us with drugs and vaccines!