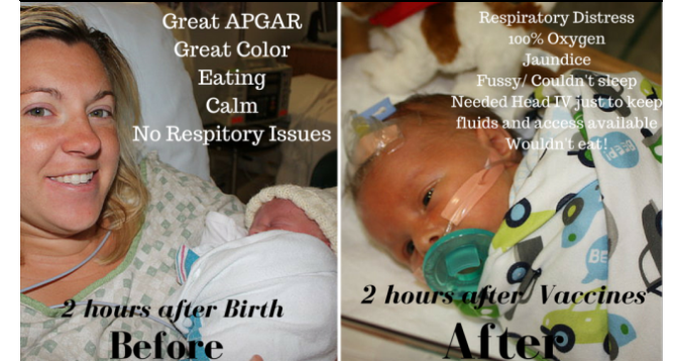 As a young mom, I thought I knew it all, and sadly my children both paid the price for my lack of research on the matter and for trusting the medical profession more than I trusted my gut instinct at times
My son Garret was born 6 weeks early, by C-section, but never had an issue with breathing, the color was great and he was a 6lbs 8 oz healthy baby with a 100% Apgar score. He was great.

When I came into the hospital to have him, I signed the paperwork like other mothers in labor and never really looked twice at it. I hadn’t done any homework, I was pro-vaccine, had a medical background and had been through it with my daughter, so I figured I knew it all. Yet within 12 hours of being born, Garret stopped breathing when he went to the nursery to be cleaned! We waited for eight long hours to speak to a doctor while they stabilized him in the NICU, I had asked did he get something, did something happen before? Nope, they said, the nurse just noticed he was struggling to breathe.

In my gut, I knew something was seriously not right, but I was hours after a C-section, had a fever due to an infection brewing and was exhausted from not sleeping. Three doctors, test after test, yet no one could figure out why….they called it bacterial pneumonia…I remember looking at the X-rays saying “But he has no signs of pneumonia?” They said it’s very hard to see in babies, so I believed them and consented to treat him with IV antibiotics for his pneumonia, two weeks of them just to fight this mystery infection, still not asking to see blood work results or anything. He struggled to get off oxygen even with treatment of antibiotics, but was finally able to come home after 18 days in the NICU.

He received his scheduled vaccines just like my daughter when he was supposed to, and as the years passed he grew to have more and more respiratory issues year after year, yet I still wasn’t putting things together.
Fast forward four years…. He never received his four-year-old shots, the ones that you get to go into Kindergarten, because he had strep and croup over 14 times that winter and was on steroids and antibiotics every other week, so he was never well enough to get them and the pediatrician told us he would have to catch up that summer when hopefully he wasn’t catching every virus and infection around. No problem – I still never thought twice about it, he had received his flu shot that September before becoming very sick and I figured that at least, he had that. Summer came and he was just as sick, going to the allergist, ENT, Gastro specialist, you name it. We were also trying to get his asthma and sudden reflux symptoms under control. He was put on three inhalers, allergy meds, omeprazole, steroids and then ADHD medication because he was so hyper and unfocused all of a sudden.

Well, his fifth birthday came and days later he woke up a different person. He had snapped, his body had had enough. Adding the non-stimulant ADHD medication he was allergic to and his body didn’t need had been the final straw. He was put in Bradley for twelve long weeks and my journey began. 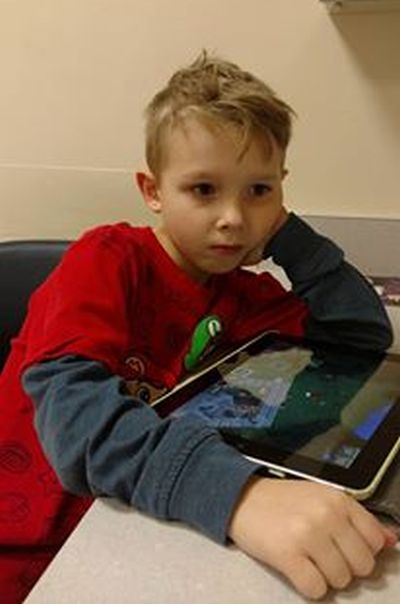 Our road to answers…

Lucky to have a medical background, I searched for reasons for his sudden onset of crazy symptoms. I had previously done a few years in pre-med school and remembered what one professor taught me in my first year of classes: start from the beginning! So I did. I pulled all of his medical records, every doctor note and hospital record and began building a timeline. What I found was shocking. I noticed right away that no matter what time of the year it was, he would always start getting respiratory infections two weeks after receiving his vaccines. I questioned his pediatrician and was shut down very quickly. I had asked to hold off on him getting the missed four-year-old vaccines and wanted to not do the flu shot for him this winter because we still didn’t know the source of his infection. She agreed to postpone them only because his infection was unknown, and it bought me time to prove my theory right for both of my children. The more research I did and the more I looked the more information I received that was contradictory to what my pediatrician had said. I started reading books about the other chemicals in vaccines like aluminium and the damage it can do to children, particularly children with detox issues. We found our answer to his illness eight long months after seeing over TWENTY FOUR doctors. He had PANS and they were not sure of the source of the infection. Doctors looked at how sick he was at birth and right through his first four years on earth and began running blood work after blood work. It wasn’t until an immunologist slipped and said: ”Odd they treated him for pneumonia at birth with no source of infection to be found in his blood work in the NICU.“ I ran home and pulled my notes and the hospital records. While I started reading them I found the missing piece. In very small writing in the corner of the page, it was noted that the nurse had given him his HEP B Vaccine and Vitamin K, shot most newborns receive. The notes showed that his vitals before the shot were perfect, but that not even hours later he began struggling to breathe! I then started doing my research on the shots he was given just 12 hours after birth and was amazed! 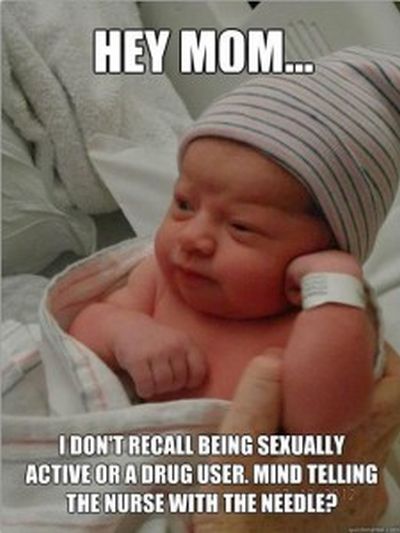 Vitamin K and Hep-B Vaccines…What They Don’t Tell You!

The AAP maintains that a vitamin K shot must be given to all newborns because a very small percentage (0.25-1.7%) of them are born with a serious bleeding disorder known as Hemorrhagic Disease of the Newborn (HDN) that could cause a brain hemorrhage.2But the big thing about manufactured vitamin K is that it contains benzyl alcohol—9 milligrams (mgs) of benzyl alcohol. So doctors are injecting these babies, who are minutes old, with a shot that contains alcohol that affects their liver, the organ which is necessary for them to detoxify. There are a lot of babies developing jaundice (hyperbilirubinemia) within two days after being born. This is one of the acknowledged side-effects of synthetic vitamin K shots, along with shock and cardiac or respiratory distress…sound familiar?

The liver is also extremely important in detoxifying the aluminum—the 250 micrograms (mcgs) of aluminum—that is in the hepatitis B vaccine,6 which is also given within 12 hours of birth in most places, and certainly before babies leave the hospital. Hepatitis B is a blood and sexually transmitted disease. Most infants are not at risk for hepatitis B in the United States, unlike in other countries in Asia, the Middle East and Africa, where between 2 – 10% of adult populations are chronically infected. Every pregnant woman in the U.S. is screened for hepatitis B when she is pregnant, and doctors and nurses know before birth if the mother is positive or not. I had tested negative for Hepatitis B, so why did I have both children get this vaccine? The guilt was starting to roll in… why had I not read about these things before, I researched everything right down to colic medicine when they were little, so why did I miss this?

With regard to the aluminum adjuvant in the hepatitis B vaccine, it’s worth noting that every other injectable medication is governed by a maximum amount of aluminum that is safe to receive within a 24-hour period. So, for example, the limit by U.S. Food and Drug Administration (FDA) on intravenous (IV) drip is 5 mcg of aluminum per kilogram (kg) of body weight per 24-hour period. So for an eight- or 10-pound infant, with healthy kidneys, maybe 30 mcg of aluminum over a 24-hour period, but hepatitis B vaccine has 250 mcg, and they’re giving it to infants, even premature infants and very low birth weight babies. These babies are having apnea, SIDS, problems with breathing, their oxygen saturation rates are dropping in the neonatal intensive care units… these babies become very sick after vaccination.

We did not give my son the flu shot this year and we never ended up catching up on his four-year shots. While we are treating him to get rid of the damage that was done to his immune system and get some more answers, we will not be administering any vaccines. We are also learning that he has a lot more issues going on than just infections and that his genetic makeup prevents him from detoxing heavy metals like Mercury and Aluminum and any other toxins, so his body basically remains poisoned.

So whatever your choice may be – to either vaccinate or not – make sure you request the vaccine package inserts before the vaccine is administered to your child, not after. Most of all ask questions and if their answers don’t sound right, chances are they didn’t tell you the truth and that is with any doctor. 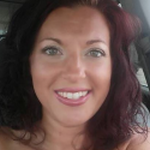 – How Toxic Are Vitamin K and Hepatitis B Injections? – Marcella Piper-Terry, March 29, 2016
http://www.thevaccinereaction.org/2016/03/how-toxic-are-vitamin-k-and-hepatitis-b-injections/#_edn3

PS
You can email me for any questions at 3withadhd@gmail.com
I also invite readers to visit our Facebook page 3 with ADHD.

Parental Awareness and Vigilance Key To Creating Safe Environment For Our Children To Grow Up In!
From a medical doctor: Are vaccines a gift from God?
Should My Child Be Vaccinated?
Natural Teeth Whitener And Plaque Remover
Vitamin C Saves New Zealand Farmer's Life
Breastmilk Is Not Just Food - by Hilary Butler
Military vaccinations
My son passed away after his shots - Alicia LeAnn Bohn
The MMR Vaccine, Autism And The Vaxxed Documentary
Cause of death following vaccination ruled "undetermined"