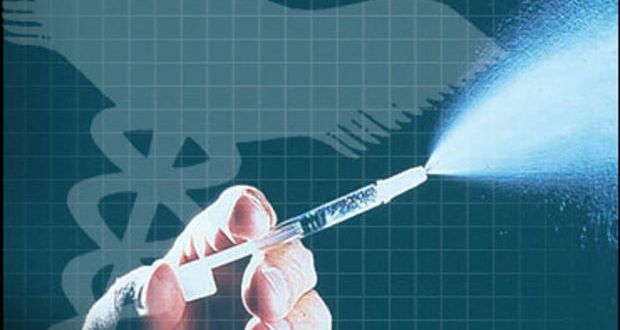 The United Kingdom was the first country to offer the seasonal flu vaccination to all children enrolled in the public educational system. The nasal flu vaccine offered to over 9 million children and which is sold under the brand name Fluenz in Europe and FluMist in the United States, is made by AstraZeneca’s MedImmune unit and has been available for the past decade in the U.S. This is the largest contract the company has received outside of the U.S., taking its first steps into the global dissemination of inhalable poisons. 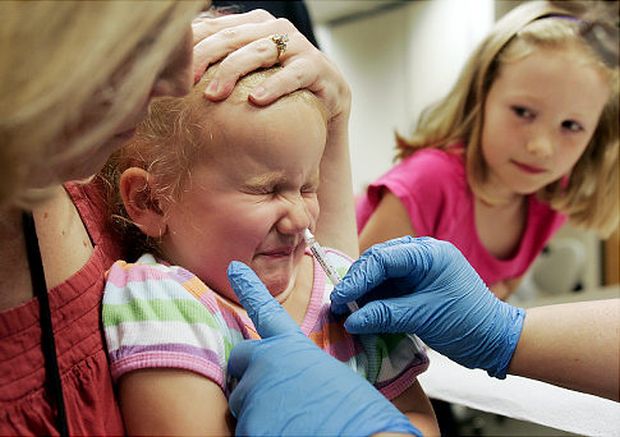 FluMist is a live virus vaccine and is squirted up the nose where the virus can live and breed for up to 28 days while it damages the immune system. Could the sneeze be the new WMD Weaponized Mucus Device a way to infect and spread diseases through the populations? Having been cooked up in a label run by the new world order’s pharmaceutical psychopaths you can only assume there is a hidden agenda and as always it includes reducing the global population.

The mainstream pundits spin the story by minimizing the idea of kids being contagious knowing full well that they are carriers being able to spread the virus in close quarters by sneezing. Have you ever seen a picture or video of someone sneezing? The amount of matter that gets projected from ones nose when sneezing is only comparable to the distance to which it travels. Imagine in a daycare setting where children are playing with their boogies and smearing snot all over their fellow classmates in a display of gladiatorial kinder garden dominance. How many other scenarios can you think of where large groups of people are packed into small locations for long periods of time coughing, sneezing and breathing on each other repeatedly? 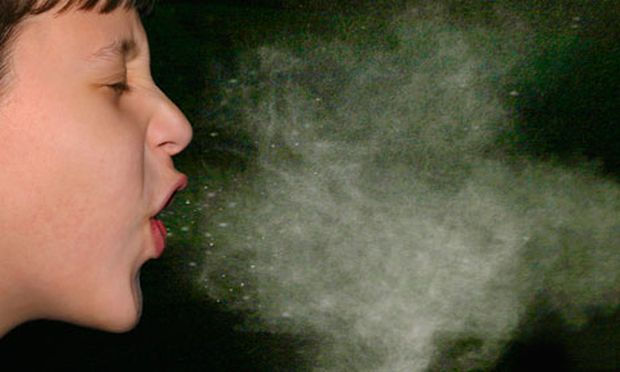 A sneeze can travel up to 12ft and travel at 100MPH if it comes from the nose of a small child who doesn’t know how to cover their face when erupting with projectile boogies clinically termed aerosolized particulate. These droplets of saliva and mucus contain the live virus which stays active in the nose of patients who have been vaccinated with the FluMist nasal vaccine at a rate of 79% and for up to 28 days post vaccination. The National Institute of Health’s National Library of Medicine reported on the clinical trials that were conducted over a 5 year period these are their results:

When looking at these numbers you start to realize the news has been less than honest when it comes to explaining your odds of catching this man-made creation. When you turn to the Center for Disease Creation and Proliferation they have a whole different set of statistics that don’t reflect the results of the clinical studies in the least bit. For example they say:

“In clinical studies, transmission of vaccine viruses to close contacts has occurred only rarely. The current estimated risk of getting infected with vaccine virus after close contact with a person vaccinated with the nasal-spray flu vaccine is low (0.6%-2.4%).”

Let’s do some quick math but instead of using the 2.4% number we’ll use the mean and go with 1.5%. If all of the 9 million kids receive the nasal spray vaccine they will spread the virus on average to approximately 13,500 innocent bystanders (9,000,000X.015=13,500) this effect is called shedding and the media refer to it as “herd” immunity. This is where it gets weird the numbers 13,500 are close to the statistics the mainstream presstitutes claim will benefit from the vaccine as reported by BBC:

“If 30% take up the offer, there will be 11,000 fewer hospitalizations and 2,000 fewer deaths each year, the chief medical officer for England says”.

Perhaps there is some code embedded in the numbers that when you wear the new world orders glasses you can properly interpret the message. For instance the phrase “if 30% take up the offer” actually means, 30% more people will get infected and “11,000 fewer hospitalizations and 2,000 fewer deaths” really means the exact opposite. Soon it might not matter whether or not you want a vaccination it might just land on you via the sneeze from a Weaponized Mucus Device created by man, spread by man, to destroy man. Ah Man! 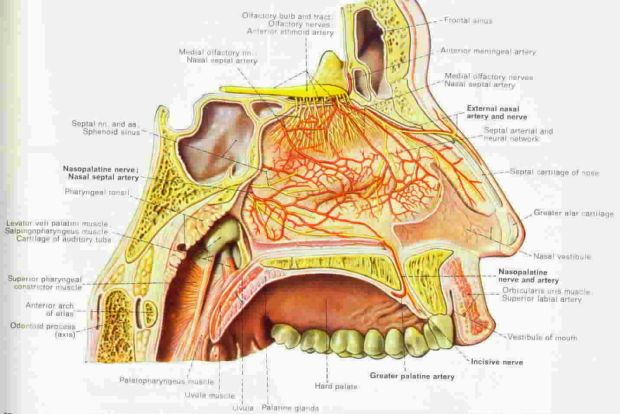 “The nasal mucosa consists of a highly vascularized surface that easily absorbs many medications directly into the venous circulation. This medication is then transported to the heart and pumped out to the body where it can have its therapeutic effect. Because the absorptive surface is not the intestinal mucosa, the drug never enters the portal circulation and is not subjected to hepatic metabolism – thereby leading to far higher drug levels than oral or rectal medications. In addition, the nose brain pathway across the olfactory mucosal transports some of the nasally delivered medication directly into the CSF and brain – leading to early effects of centrally acting medications.”

CSF = Cerebrospinal fluid. CSF is a clear colorless bodily fluid found in the brain and spine which is produced in the choroid plexus of the brain.
SOURCE

– What side effects are associated with the nasal spray flu vaccine? – CDC

If the side-effects of the vaccine are the same as or similar to flu symptoms, why bother getting the vaccine – especially when nasal spray vaccines may cause serious adverse reactions?

A parent in Florida with concerns about the flu mist program contacted the head of their childs school, the Florida health dept and its “doctors” and even had a meeting with the senator about it. They brought the flu mist to their local charter school. Kids got sick, parents got sick, teachers got sick, kids had nose bleeds in school, they had what they called “record breaking” number of teachers absent the following week after getting the mist. The vaccine insert says it can (and did in trials) shed for up to 21 days. No one is paying attention to this.

How it works: A company Healthy Schools LLC comes into the school, an LLC (limited liability) advertising a vaccine program / product using a Jacksonville Jaguar Player and his family (cos if a football player did it, so should you!)… and talks the head of the school into using their product (flu mist). Head of the school gets a kickback, Healthy schools LLC gets a kickback and the pharmaceutical company who manufactured the vaccine, just got an entire school (of naive parents) to join in the harm fest. Its happening in 67 counties in Florida. Because no one speaks up….

They say we can opt out though…but really you cant opt out of ANY live virus.

Live viruses sheds. We will never get rid of diseases, they are creating them.

Chuck Alexander, Division of Disease Control, Florida Dept of Health said the Healthy Schools LLC are doing the Flu Mist School Program on their own as a money maker. We as parents should question that.

It’s ok to question things, its your child’s school.

The information which follows was sent to me by Vena Black.

For those parents facing the flu mist program in schools, you can share this with parents, your local media, your school district, school board members, health dept, school pages on social media:

Please be aware, the Flu Mist Program is coming into your school district with the live virus flu mist vaccine. Live virus meaning the virus can shed to anyone for up to 3 (three) weeks.

Acknowledging this risk, the Department of health states that their protocol is to “sit immunocompromised children on one side of the room and vaccinated children on the other side”.

On top of the live flu mist vaccine, the kids (according to one “vaccine broker” Healthy Schools LLC) are given prizes at school for being vaccinated.
“Each child in the primary grades (VPK-5) will receive a Health Hero wristband as a prize for participation in the program”.

There are many “vaccine brokers” all under different names. VAKS / Healthy Schools LLC, etc. An example of how they make money:

Healthy Schools LLC (limited liability) comes into your school, markets and advertises Tony Boselli of the Jax Jaguars to promote their vaccine products and if your head of the school agrees, the school participates in the live virus flu vaccine program.
Chuck Alexander, Division of Disease Control, Florida Department of Health said Healthy Schools LLC are doing the Flu Mist School Program on their own as a money maker. He thinks they are charging insurance companies of those kids that are insured, insurance companies reimburse if you give the flu shots, they cover flu shots for their enrollees. They consider it a good thing for the poor (free vaccines) and those parents with insurance are billed thru insurance company. Poor, rich or middle class, no child should be exposed to a live virus in school that they can spread to others, especially those immunocompromised, children with allergies/asthma/autism, etc.

From the vaccine-manufacturer’s insert for FluMist, it says that among children aged 6 months to 17 years, who received FluMist, between 1-7% of them were shedding the live virus through nasal secretions for up to 28 days post-vaccination. The vaccine manufacturer’s insert warns about transmission to “immunocompromised household contacts.”

What about classmates?
Children in school spend up to 7-8 hours together, five days a week, in close quarters.
Parents have a right to know that recently vaccinated children are contagious and are spreading the flu, do you agree?

This the season when parents give their child a live flu vaccine and to pass illnesses around to all.

What can you do as a parent?

1. Contact your child’s school and DEMAND as a tax payer to provide proof that the live virus vaccine program in schools is REDUCING school absences.

2. Contact your child’s school and ask them if/how much they are getting in kickbacks from these “vaccine brokers” coming in and brokering the flu mist program to them. How much are they making and where is the money going? All parents, have the right to know. Hold them accountable.

3. Contact your local politicians (your vote is their paycheck). Contact the head of your children’s school, contact the health dept. and the Division of Disease Control. Hold them accountable.

4. Contact your child’s school and ask them if they will be following the Department of health’s protocol to “sit immunocompromised children on one side of the room and vaccinated children on the other side”. Hold them accountable.

5. Take note and share on social media of how many teachers/staff/students/parents/ family members become sick after the flu mist vaccine comes into your community schools.

You can have the flu mist removed from your child’s school, like we did, you just need to educate those making the decisions, regarding live viruses. 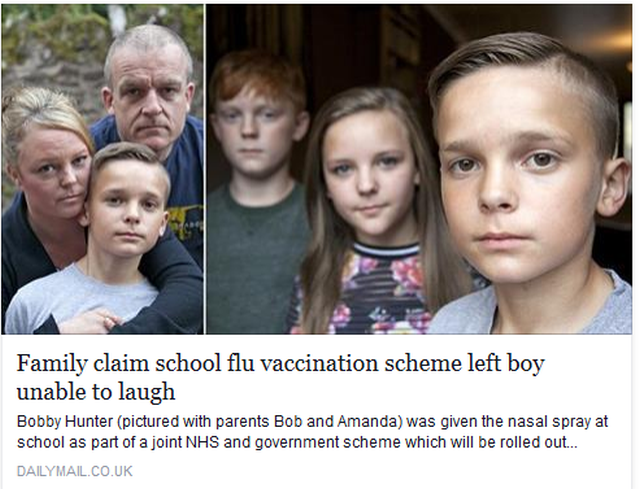 – Schoolboy, 11, has been left unable to smile or laugh without suffering narcolepsy fits after he was given a nasal spray flu vaccine as part of a government scheme