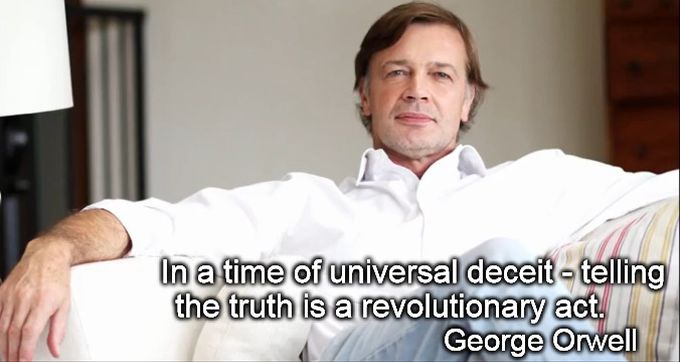 “Every time I have opportunity to hear Dr. Wakefield speak I am inspired by his personal courage … fearlessly speaking “truth to power” after having lost his profession and country.

And so .. there are two types of courage

#1 .. physical courage .. such as .. police officers and fire personnel running towards danger .. while other are running frantically in the opposite direction. Think of 9/11 and those burning towers about to collapse.

(No one dares disparage the “physical courage” of first responders. However …)

#2 .. moral and intellectual courage .. such as .. Dr. Wakefield .. standing fast .. standing tall .. STRONG .. in spite of a well organized .. well funded .. effort to “shame, disparage, destroy” his reputation and career.

I am a senior citizen .. and .. having spent many years as a “first responder” .. I have no doubt the “moral and intellectual” courage of Dr Wakefield far outweighs all the “physical” heroism that I witnessed first hand over a 24 year career in NYPD.

Dr. Andrew Wakefield’s strength and integrity come through very strongly in his interviews, including this one:

About germs
Vaccination, Social Violence, and Criminality - Harris L. Coulter PhD
Fifty studies the AAP failed to send President Trump
The Fast Foods Nutritional Disaster
My Son is a Casualty of the DPT-Vaccine
The “Free” Whooping Cough Vaccine Can Cause Brain Damage and Death
Vaccination in Holland
Filmmaker Documented Abuse, Murder of Children Under State Custody
Rejecting the Measles Outbreak Hype
Vaccination: a Crime against the Children and against Humankind
7ads6x98y