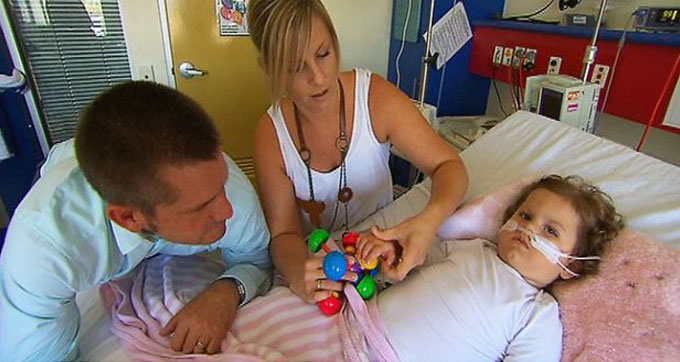 Makers of a vaccine that allegedly left a young Perth child with severe brain damage have denied all responsibility and claim the Health Minister and State Government were negligent and should have suspended the 2010 flu campaign.

In a case that drew national attention, baby Saba Button, of Watermans Bay, was raced to hospital after being given Fluvax, an influenza vaccine made by CSL Limited, on April 19, 2010.

She had febrile convulsions and was left quadriplegic and almost completely blind. Three years on, Saba still has regular seizures and requires constant medical care. 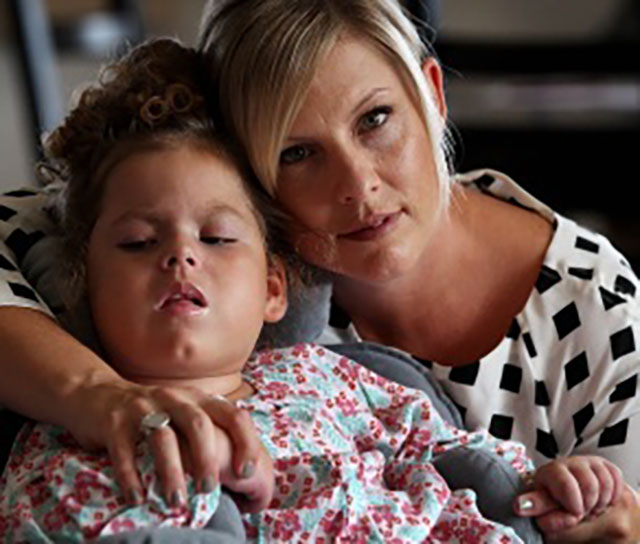 Her parents Mick and Kirsten Button have sued CSL in the Federal Court, which could result in one of Australia’s biggest medical compensation payments.

They are seeking compensation for their daughter, who is now four, for pain, suffering, loss of enjoyment of life, profound disability, medical care and travel expenses.

In a defence filed in court last week, CSL lawyer Belinda Thompson claimed Saba had two other shots, Neisvac and Priorix, on the same day and alleged they may have caused febrile convulsions and fever.

Ms Thompson said CSL was not required to do pre-marketing clinical studies for seasonal flu vaccines. She said her client was not told of at least 90 other children presented to Princess Margaret Hospital with adverse reactions – 19 of which involved seizures or convulsions – after receiving Fluvax between March 18 and April 15.

She said the WA Health Department was formally notified of these cases on April 16. The flu campaign was suspended on April 22.

The next day, the Commonwealth Chief Medical Officer advised the vaccine should not be given to children aged five and under.

“In March and April 2010 the minister acting for and on behalf of the State knew or ought to have known of the number and severity of adverse events following immunisation with a seasonal influenza vaccine,” Ms Thompson said.

She said the department and or minister should have suspended the 2010 flu campaign, advised doctors to stop administering the vaccines to children aged five years or younger and told parents it was no longer recommended for children aged five and under.

By failing to take such “reasonable steps on or before April 18”, the minister and State Government breached their duty of care to Saba and should take sole legal responsibility, Ms Thompson said.

“(CSL) reasonably expected and intended and necessarily relied upon health care professionals and the State and Commonwealth government health agencies to inform it of any reportable or reported adverse effects following vaccination,” Ms Thompson said.

The Button family’s lawyer Julian Johnson said his clients were disappointed by CSL’s response and “failure to acknowledge the issues with that particular flu vaccine and still to provide no explanation why it was their product that had all these difficulties attached”.

The WA Health Department and Health Minister Kim Hames did not respond to a request for comment. A spokeswoman for the minister said he was on leave.

CSL spokeswoman Sharon McHale said Saba’s situation was “tragic” but it was a complex case and not all facts were yet known.