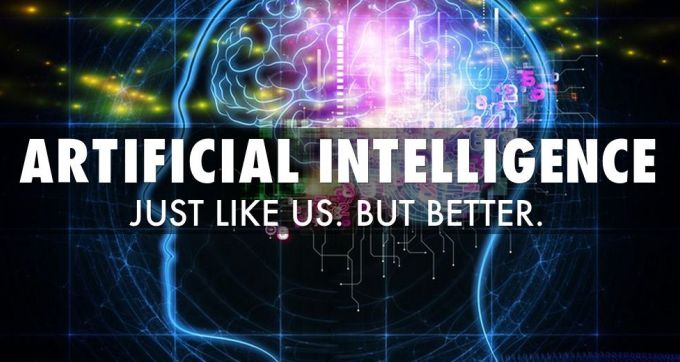 The fatal flaw in the human-computer interface

There is a great deal of “utopian research” going on in the area of artificial intelligence (AI) merging with the brain.

Exuberant cheerleaders like Ray Kurzweil are quite confident we are approaching a moment when a computer will exhibit all the power of the human brain.

The definition of “power” in this context is fuzzy. But Kurzweil and others are sure we’re about to uncover the “algorithm” that underlies all brain activity.

They couldn’t be more wrong. Neuroscience has barely scratched the surface of understanding how the brain operates. Cracking the code is not on the horizon.

Most importantly: how would a brain-computer interface work? Hook up your brain to a super-computer, and how does your brain absorb the computer’s data, and how does it make the data known to YOU, the user?

There is another problem, even assuming a computer could magically fill your consciousness with usable data.

A human-computer interface, endowed with access to a hundred galaxies of stored data, would run up against the problem of vast chronic misinformation in those cosmic warehouses.

This is not something that can be deleted with a program or a committee tasked with making corrective changes.

For example, and here is just one area, medical science is rife with fraud, at many levels, as I’ve demonstrated over and over again for the past 30 years. AI wouldn’t even know where or how to begin analyzing this problem, because…who would set the parameters of such an investigation? Who would even believe such an investigation is necessary?

There is an inherent self-limiting function in AI. It uses, accesses, collates, and calculates with, false information. Not just here and there or now and then, but on a continuous basis.

Think about all the entrenched institutions and monopolies in our society. Each one of them proliferates false information in cascades.

No machine can correct that. Indeed, AI machines are victims to it. They in turn emanate more falsities based on the information they are utilizing.

Each and every false datum generates a wider and wider stream of lies, and the streams, becoming rivers, overlap and produce oceans of contaminated information.

The oceans of false information that circulate in this world—and are loaded into the super-computer—would be yours. The best model I can think of for THAT is mainstream news. 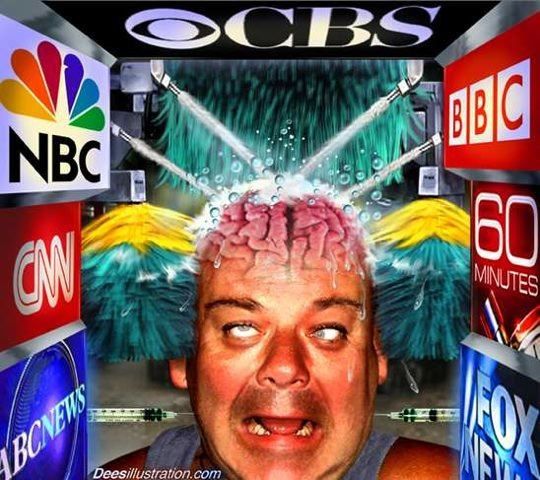 “Recognized authorities” would be feeding you data, by way of their vaunted super-computer. This is exactly where the human-AI interface is heading, like a team of horses being driven toward the edge of a cliff above an ocean.

The human-AI connection would be fatally compromised. In journalistic terms, your brain would AUTOMATICALLY be subjected to untold numbers of “mainstream reporters obeying the parameters laid down by their editors and corporate owners.”

It’s called a human being.

And it’s not a program.

I’m not writing to inform a super-computer.

I’m writing to individuals, whose consciousness is their own and surpasses what any computer can do by light years.

Super-computers of the future will be nothing more than the super-evening-news.

“Hello, Mr. Smith. I’m your brain. I just received three tons of data from ‘the evening network news’…uh, I mean the wonderful super-computer of all-truth and all-knowing that is leading us into a paradise of wisdom. I will commence transmitting now. Your IQ will rise by twenty points in the next two minutes…excuse me, this just in: a pandemic is breaking out in the UK, Canada, Australia, and the US. There are already six cases. The virus is called X-23-6. The World Health Organization has a vaccine available. See your doctor as soon as possible, or visit a pharmacy in your area. Shots are free.”

Sixteen trillion dollars went into the research project to create a brain-computer interface, and this is the result.

It’s sublime, I tell you. Sublime.

HELLO, CITIZEN. WE’RE YOUR LEADERS. ALL THE LIES AND HALF-TRUTHS AND FAKE NEWS WE’VE BEEN FEEDING YOU THROUGH YOUR SCREENS ALL THESE YEARS? NOW WE’RE SHOVELING IT INTO YOU DIRECTLY THROUGH YOUR BRAIN. WE USED TO CALL IT OPERANT CONDITIONING AND MIND CONTROL AND HUMAN PROGRAMMING. NOW WE CALL IT COSMIC CONSCIOUSNESS. DON’T WORRY, BE HAPPY. THE PROCESS IS AUTOMATIC. YOU WON’T KNOW WHAT’S HAPPENING, SO YOU WON’T BE DISTURBED. YOU WON’T KNOW THERE IS ANOTHER REALITY. THEREFORE, WHY WOULD YOU CARE? IT TURNS OUT THAT IGNORANCE IS ACTUALLY BLISS. THIS IS ACTUALLY THE BEST OF ALL POSSIBLE WORLDS.

The Meningococcal B Vaccination Experiments in Norway and New Zealand Revisited

Why One Should Always Say No To The Tetanus Shot