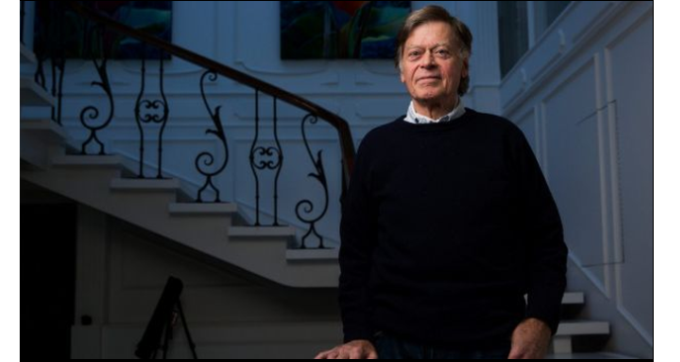 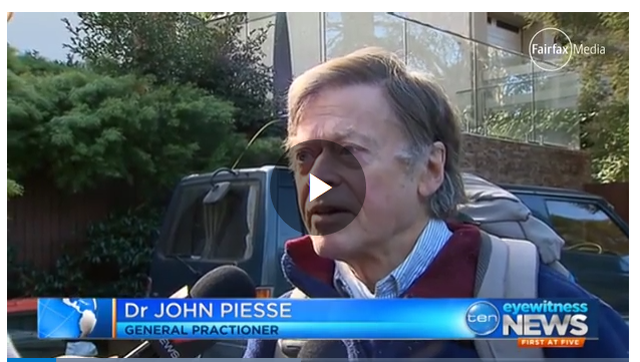 To read the article and play the video click HERE

Here are three (in my opinion utterly hypocritical) statements from the video: 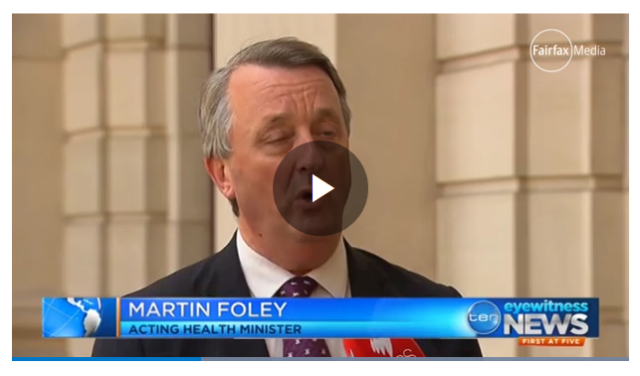 “This is not medicine! This is voodoo medicine. This is nonsense parading as science.”
Martin Foley, Acting Minister of Health
(Sounds like an excellent description of vaccination!) 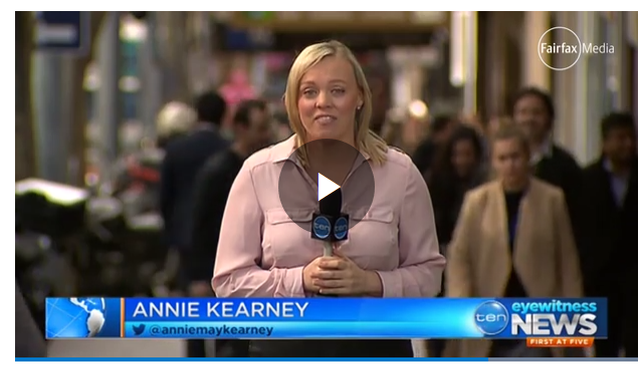 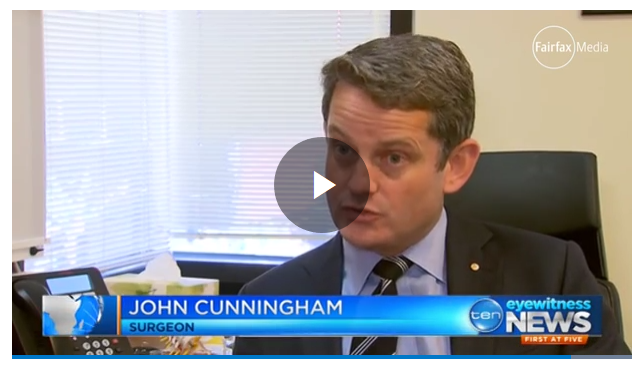 “What he was saying was bordering on dishonest, and fraudulent.”
Dr. John Cunningham, surgeon
(Yet the entire vaccine industry and governmental regulatory agencies have been shown to be guilty of deceit and corruption!) 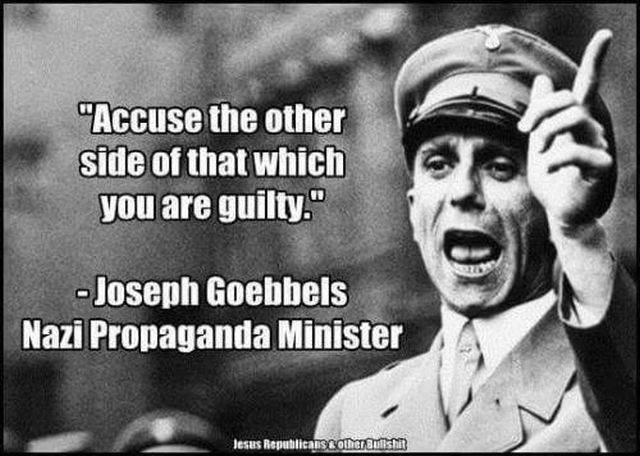 Dr Piesse submitted a response to the Melbourne Age. It is however unlikely that this will be printed by any mainstream media outlet; it’s far too much truth for them and might, God forbid, threaten parents’ unwarranted and undeserved trust in vaccination. So, here is Dr Piesse’s statement from years and years of clinical practice and experience concerning the vaccination issue and why he offers parents a choice and full informed consent:

“I have been encountering cases of vaccine injury for over 40 years. In June it was a happy, healthy nearly 5-year-old whose parents were required to put her on a catch-up schedule, in order to get her into kindergarten. She won’t be going to kinder. She’s in a wheel-chair, brain-damaged. Her life ruined. Then came a friend’s father who died after a flu vaccine, and last week a 4 year old boy, made autistic by a catch-up schedule.

In 1988, the US National Vaccine Injury Compensation Program was created. It has paid out over US$3.5 billion to the vaccine-injured. The NVICP was set up to protect vaccine manufacturers from ruinous costs of litigation by vaccine-damaged people. It was deemed preferable to have ‘unavoidably unsafe’ vaccines than no vaccines. Unfortunately the protection provided to vaccine manufacturers also reduced incentives to develop safer vaccines in USA.

Politicians and doctors assure us that vaccinations are very safe although less than 5% of vaccine reactions are reported. Most are passed off as ‘just a coincidence’.

Vaccines contain health-damaging ingredients, not the least aluminium – a known neurotoxin implicated along with mercury, in brain damage as in autism, developmental delay, ADHD, and learning difficulties. Aluminium is also a powerful promoter of auto-immune diseases. Vaccines can claim to be mercury-free if their mercury content is below a still-toxic threshold. Most influenza vaccines contain mercury – also a neurotoxin. In addition, polysorbate 80 in vaccines increases the permeability of the blood brain barrier and potentiates the risks of these neurotoxins. The known presence of carcinogenic viruses in the MMR vaccine, has been covered-up. Vaccines also contain formaldehyde, a known carcinogen.

Proof of vaccine safety requires rigorously conducted clinical studies comparing vaccinated versus truly unvaccinated children for health outcomes. Are there any such studies that confirm that vaccinated children are not worse-off than those unvaccinated? No. There are none. Hence, child vaccines are unproven for safety – an inconvenient truth for a profession that prides itself on being scientific.

One analysis indicated that national infant mortality rates were proportional to the number of vaccine doses (Miller NZ 2011), contradictory to the claim that ‘vaccination saves lives’.
From mid-2015, parents who wished not to vaccinate their children, started to converge on my practice seeking assistance with gaining exemption from the penalties directed at non-vaccinators by the No Jab No Pay and No Jab No Play Legislation.

As yet there are no large-scale vaccinated versus truly unvaccinated studies of the sort needed prove that vaccines do or do not cause autism. So where does the widespread belief that vaccines do not cause autism derive? In a nutshell: from an over-whelming quantity of ‘manufactured science’ of low quality, scientific fraud, and ignoring evidence supporting causality. Few doctors and politicians are aware of the pivotal scientific fraud committed in the US Centers for Disease Control. A study of the MMR vaccine in black American babies showed a 2.5 fold higher level of autism in babies given the MMR vaccine at 12 months of age compared to 3 years. The CDC refused to publish these findings but manipulated the data to disguise the undeniable association found. The fraudulent data was then published (DeStefano F 2004) and promoted as the final statement on the question. Thereafter the official line was that vaccination did not cause autism. 5000 vaccine-damaged children had their applications in the Vaccine Court for compensation quashed after this deception. But whistle-blower William Thompson released the true unabridged data which was published briefly until pressure from the CDC forced its retraction (Hooker B 2014)

So long as doctors and governments continue to be hoodwinked into believing that vaccines do not cause autism, no action will be taken to stop the alarming surge in the autism epidemic. A tragedy that need not happen if we demand good science. and safe vaccines.”

If you’d like to support Dr Piesse in his fight for justice, you can donate to this https://www.gofundme.com/istandwithdrpiesse” target=”_blank”>Go Fund Me campaign. Dr. Piesse’s supporters have also called for individuals to lodge complaints to the Australian Health Practitioners Regulation Authority about the way Dr. Piesse has been treated via email to Vic-complaints@ahpra.gov.au. 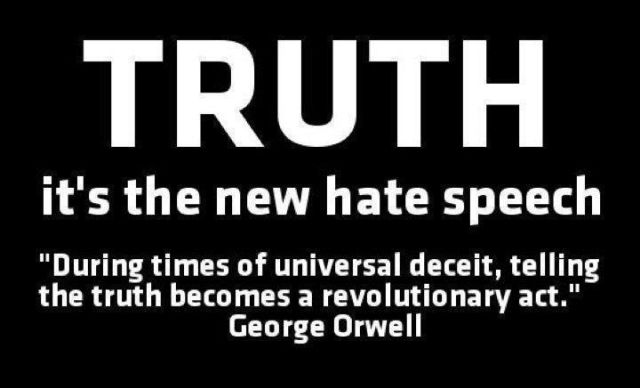 – Australian Government Threatens to Destroy Careers of Doctors Who Refuse To Vaccinate Without Informed Consent
http://www.australiannationalreview.com/australian-government-threatens-destroy-careers-doctors-refuse-vaccinate-informed-consent/

– Anti-vax Doctors Exposed – A secret ring of anti-vaxxer doctors who offer to help parents dodge vaccinations for their kids has been exposed in Melbourne. 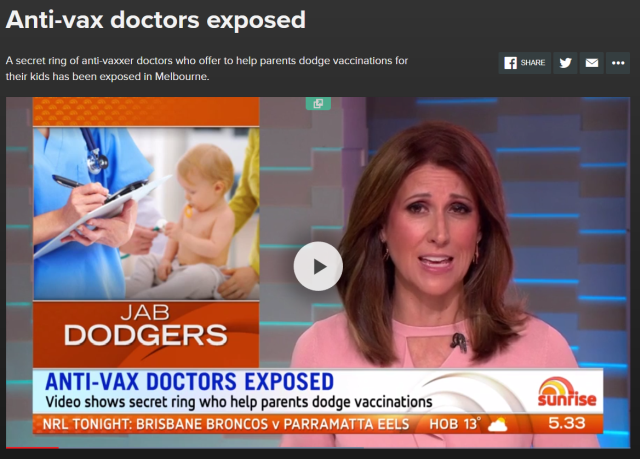 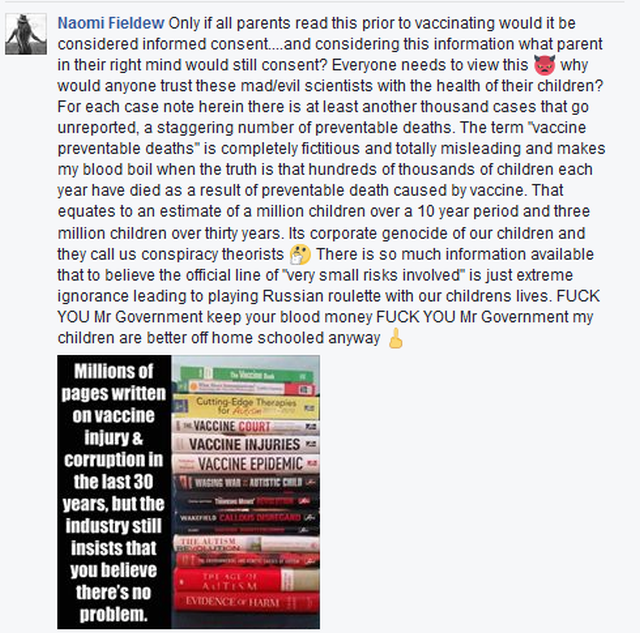 – Australia To Search Out And Prosecute Anti-Vax Nurses And Midwives; Calls For Public To Turn Them In
http://www.theeventchronicle.com/news/oceania/australia-search-prosecute-anti-vax-nurses-midwives-calls-public-turn/

– A rogue anti-vax doctor is appealing his suspension by the medical board after assisting Melbourne families dodge compulsory vaccinations. – 9 News Melbourne 9 April 2018

Is Australia Becoming A Fascist State?

Birth Trauma and the Dark Side of Modern Medicine - Jeanice Barcelo