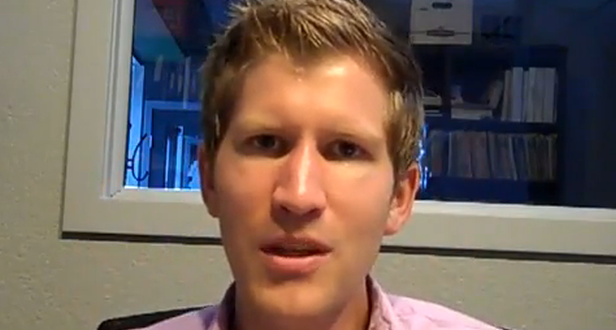 A Chiropractor’s Views About Vaccination

There’s never been a topic that is more polarizing than politics and religion…until you throw vaccines into the mix.

A year ago in May 2012, I wrote my Crystal Clear Stance on Vaccinations (which aren’t Immunizations). Over the past week, that post went from a few hits/day to a few THOUSAND hits/day due to it being linked from some other popular blogs.

With that popularity comes backlash and insults for speaking out against the biggest medical sacred cow in the history of the planet. The original intention for my post was for my patients when they ask my opinions on vaccines. I could point them to this post and they can read it at their leisure.

Because this is such a touchy topic, I wanted to equip you guys on how to communicate about it without throwing more fuel on the already blazing fire.

I heard a story the other day about how a psychiatrist was working with a man that thought he was a corpse. He wasn’t making any break through. One day the doc had a bright idea.

He asked his patient if corpses bleed. The gentleman replied with, “no, they are dead, living people bleed.” So the psychiatrist took the guys finger and jabbed it with a needle and the patient’s finger started to bleed. The patient gazed at the blood trickling down his finger in awe. The psychiatrist thought he has a breakthrough.

The psychiatrist asks the patient, “What have you learned?” The patient looks at him with excitement and says, “I guess corpses bleed after all.”

The point of the story is that it is going to be very difficult to change someone’s mind when it comes to something they believe.

Our beliefs are driven by our fathers, mothers, teachers, preachers, and in the past 50 years…advertisers. It’s been drilled hard into our heads that vaccines are the savior of the universe and if they didn’t exist, the human population would have been extinct 50 years ago. It’s been drilled into our heads that if you choose to not vaccinate, you’re a bad parent and you’re not just putting your own child in danger, but EVERY child that comes into contact with your child.

In this clash of vaccinators vs. non-vaccinators (less than 10% of the population), the goal of each side is to change the behavior of each side. My goal is that people just make an informed decision. If someone looks at both sides of the aisle and then makes an informed choice to vaccinate or not, that’s a win.

Changing behavior doesn’t happen unless beliefs are changed and beliefs are changed when there is a relationship involved. I feel this is why I can have open conversation with many of my patients about this touchy topic with mutual respect even if we disagree.

For those that choose to NOT vaccinate, YOU WILL BE ATTACKED. You chose to be a minority and we all know minorities tend to get bullied. So I want to leave you with a response that you can start to use that will hopefully open those lines of communication, build a relationship of respect, and encourage someone to look at both sides of the issue.

When you are getting attacked (usually over Facebook, blog comments, rarely face to face), I want you to stay calm and just simply respond with this question.

“What scares YOU about MY child not being vaccinated?”

That’s it. Let them speak next. They may have some valid fears. But before you respond, again, ask them if they would like to hear your response on why that fear does or doesn’t scare you? If they are not open to your response, just realize you’re dealing with a bleeding corpse.

Vaccinations and the Depopulation Agenda

VINE Response to the NMBA's Position Statement on Nurses, Midwives and Vaccination